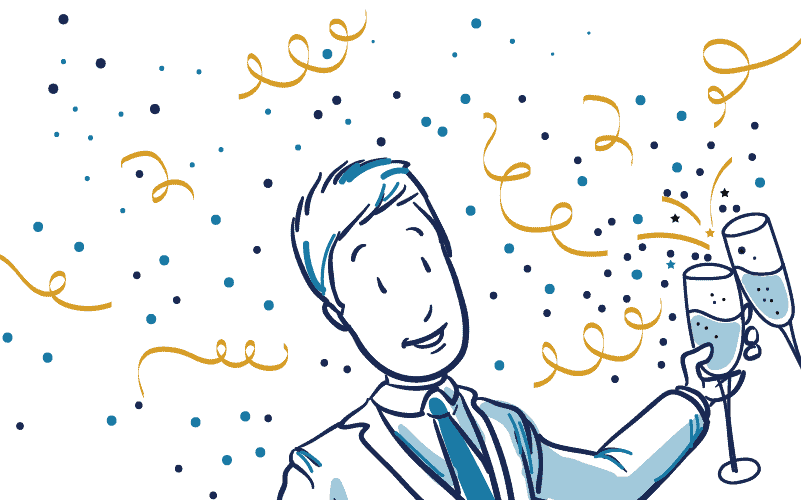 “How do we know when irrational exuberance has unduly escalated asset values, which then become subject to unexpected and prolonged contractions as they have in Japan over the past decade?”

In last month’s article, we explained how true wealth can behave like a river. This month, we celebrate a significant anniversary in the financial history of the United States.

This month marks a significant anniversary in the modern economic and financial history of the United States, and we could not let it pass without comment. When properly appreciated, it can serve as an important, teachable moment.

A quarter-century ago, on the night of Thursday, December 5th, 1996, Federal Reserve chairman Alan Greenspan, spoke at a dinner of the American Enterprise Institute in Washington, D.C., giving his instantly legendary “Irrational Exuberance” speech.

This is what the oracle said. Or more accurately, this is what he asked:

“How do we know when irrational exuberance has unduly escalated asset values, which then become subject to unexpected and prolonged contractions as they have in Japan over the past decade? And how do we factor that assessment into monetary policy?”

At the time of this speech in 1996, the global equity markets had been rising with great energy and endurance since the last Great Bull Market beginning in 1982. At the time, many believed that the fuel for that long and powerful Bull Market was because it was accompanied by a great secular decline in interest rates and easy monetary policy, which had occurred over the same period. Many bearish market observers believed that this “easy money” policy was the only thing supporting the overvalued stock market. The minute the Federal Reserve decided to tighten monetary policy, the party would be over.

Greenspan asked these rhetorical questions because he did not have conclusive answers. And if he didn’t, no one else in the world did either. But coming from him, even this interrogative form of thinking out loud was a financial thunderbolt — a shot heard around the world. Mr. Greenspan was widely known as the most important economic and financial policymaker in the world – and here he was musing publicly about the possibility that equity prices were too overvalued and wondering if it was time for the Fed to do something about it.

He surely understood that, when he so much as broached the question, he had at least suggested an answer. And that answer was unmistakable. “We’re either already there, or will be mighty soon, as this greatest of all bull markets morphs into mania. Before that happens, it might be a good idea for us to do something about it.”

This was really big news in finance and investment management circles and has since become somewhat of a legendary statement.

We thought it might be instructive to cast an eye over the intervening quarter-century. Let’s begin with a key item of baseline data that should inform our inquiry:

You read that right: equities more than doubled in the 40 months after Greenspan’s dire warning.

March 24th, 2000, the equity market peak began a horrible decade for stocks, in which investors suffered the twin bear markets of the “Tech Bubble Collapse” in 2000 through 2002, and then the “Great Financial Crisis” of 2008-2009.

In both of these periods, equities were effectively cut in half, and at the low for the decade, the S&P 500 traveled all the way back to 735 in February of 2009, which was a 52% decline from its March 200 high.

You also read that right: In February of 2009, more than 12 years after Greenspan’s famous “Irrational Exuberance” speech, the S&P 500 stood just a little lower than it was on the night he made those comments.

The Moral of the Story

After the Great Financial Crisis of 2008 ended, the S&P 500 has experienced a long recovery over the last 12 years. If we take a step back and take a look at the 25 years following Greenspan’s famous speech, we can finally understand “The Moral of the Story.” Here are the relevant factoids:

All this despite emotions investors have experienced since Alan Greenspan made that famous speech.

What was the single best financial decision you could have made on December 5th, 1996, when the 11 o’clock news breathlessly reported Greenspan’s electrifying remarks? Turning off the TV and going to bed.

Being “Right About the Market”

While this is certainly gratifying, it doesn’t proceed from our having been “right about the market,” other than in the largest, longest-term sense. Our positions in the equity market are a pure function of their being historically best suited to your lifetime financial (and especially retirement) planning. They are never based on a view of the economy and the markets, which we continue to believe can neither be forecast nor timed.

Stated another way, we aren’t “right” because the market is up 25% this year, any more than we’d be “wrong” if it were down 25%. Our investment policy is the same as it’s always been—even (and especially) when the market declined 34% in five weeks in February/March of 2020. Simply stated, that policy is based on two enduring beliefs:

We cherish your kind comments regarding our recent experience. Thank you for them. But in the next breath, be assured that we can claim no credit for anything beyond making an appropriate long-term plan for you and your family and encouraging you to stay invested through thick and thin. This we will continue to do.

Thank you, most sincerely, for being our clients. It is an honor and a privilege to serve you

Preparing for the Future