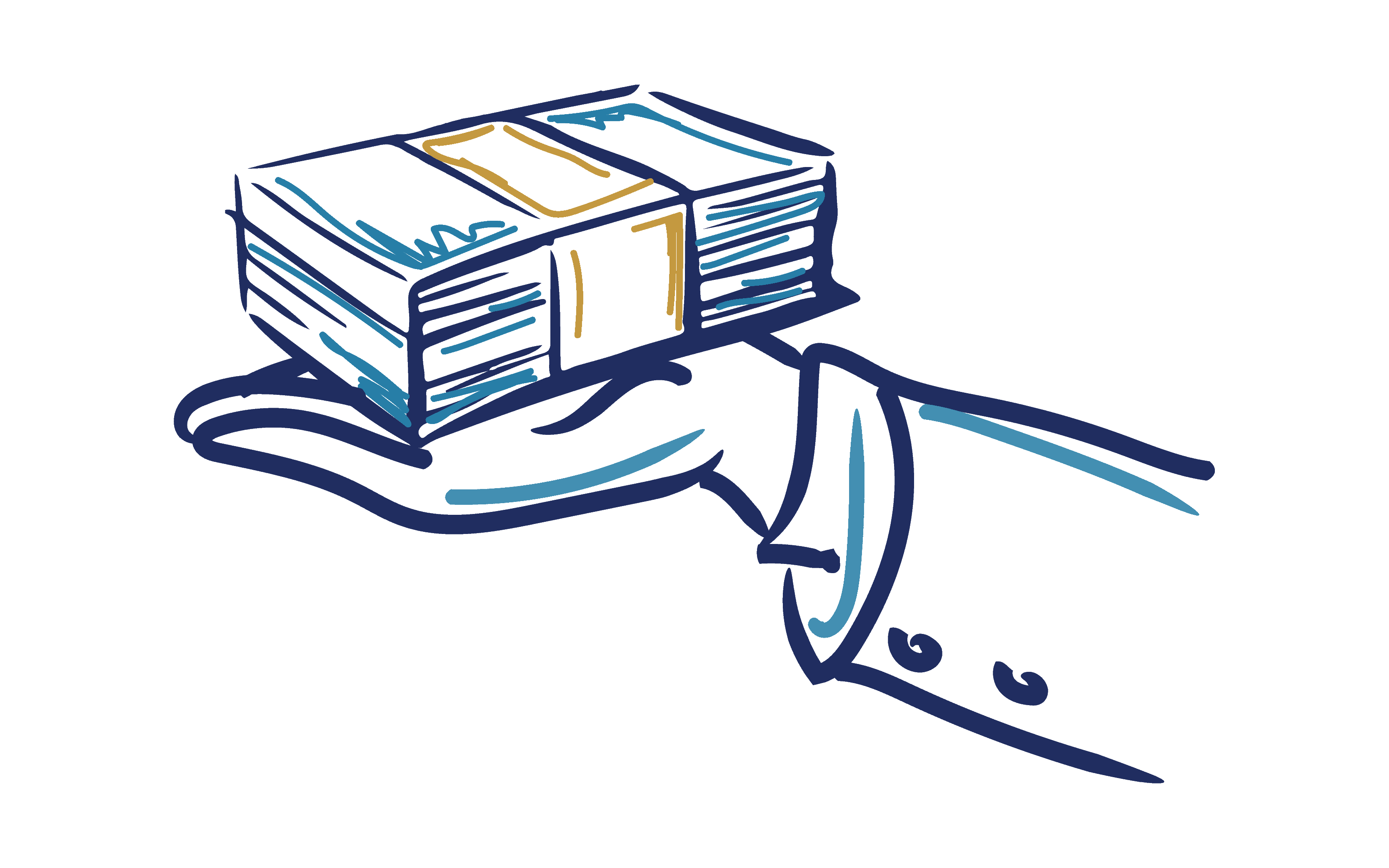 “There was no growth in humanity’s real per capita income until about 1800. That it soared thereafter — and is continuing to soar — is due essentially to one phenomenon: the democratization of opportunity.”

In last month’s article, we took aim at the fallacy of “The Stock Market” and established the value of investing in great businesses. This month we explore why capitalism is a superior system – both economically and morally.

Until the year 1800, there was only very grudging progress and improvement in human quality of life and almost no advancement in real per capita income. Then, right around 1800, both measures began to show almost exponential improvement, and since then, mankind has made spectacular gains both economically and in the quality of human life.

It is safe to say that almost all the progress that mankind has made, was made since the year 1800. As evidence of this, consider author Matt Ridley’s description of life in the 1800s for the average American family:

Even for one of the better-off families in the village, the father has a cough that presages the pneumonia that will kill him at 53 – helped along by the constant exposure to the wood smoke of the indoor fire. He is lucky: life expectancy was less than 40 in 1800. The baby will die of smallpox that is now causing him to cry. The sister will soon be the property of a drunken husband. The water the son is pouring tastes of the cows that drink from the brook. Toothache tortures the mother, but there is no treatment. The stew is gray and gristly, yet meat is a rare change from gruel. There is no fruit or salad on the table. It is eaten with a wooden spoon from a wooden bowl. Candles cost too much, so firelight is the only light in the room. Nobody in the family has ever seen a play, painted a picture, or heard a piano. School, if you are lucky, is a few years of Latin taught by a barely literate teacher. Father visited the city once, but the others have never traveled more than 15 miles from home. Each daughter owns 2 wool dresses, 2 linen shirts, and one pair of shoes. That’s it. The father’s jacket cost him a month’s wages and is now infested with lice. The children sleep two to a bed on straw mattresses on the floor.

But what happened in 1800? As we learned in history class, the Declaration of Independence was signed in 1776. The United States became the first nation on earth to establish our unique brand of free society via free market capitalism. Before 1800, fortunes were made or retained through social class, inherited wealth, family position, or outright violence and oppression. The United States’ experiment was unique because it became the first society in history to democratize opportunity and base economic advancement on only one thing – the free expression of your own merit, talents, and abilities.

And in this country especially, fortunes were made in direct proportion to the extent that their products and services tangibly enhanced the lives of others. From Bezos, Jobs, and Gates to Ford, Carnegie, and Rockefeller, they all profited from making people’s lives better. That value has led to an amazing explosion of economic prosperity, and an increase in living standards, not just in the U.S. but all over the world, due to one phenomenon: the democratization of opportunity.

The Economic and Moral Superiority of Capitalism

In recent years, many people have accurately pointed out that our system of capitalism leads to inequality. In a certain way, this criticism is surely true. People like Bezos, Jobs, Ford, and Rockefeller amassed larger fortunes in their lives than over half of the American people combined!

It’s natural law that some people are simply born with more ability than others, which is not a flaw of capitalism but a universal truth about the human condition. As a result, any society that seeks to operate as a meritocracy that rewards talent and ability will end up with an unequal distribution of rewards as well.

While meritocracy and its resulting inequality of wealth may seem unfair, it has also shown a strong track record for advancing the human condition and improving the quality of life for everyone, not just the very wealthy. Since 1800, history has shown that freedom of opportunity and human talent can be a powerful combination that unlocks innovation and improvement of conditions for all of humanity. Examples of this are everywhere, and they embody the story of America.

Jeff Bezos may be the reigning poster boy for wealth inequality, but he became the wealthiest man in the world by enabling consumers to go to a digital marketplace and purchase almost anything they want with free, nearly instantaneous delivery. Half a century earlier, Sam Walton became America’s wealthiest man by delivering similar savings to consumers in brick-and-mortar stores.

Another example is John Rockefeller’s Standard Oil, which went from 4% of the refined petroleum market in 1870 to 85% in 1880. Standard Oil drove the price of refined oil from more than 30 cents a gallon in 1869 to 8 cents in 1885 — a nearly 75% reduction to the consumer. Andrew Carnegie effected a similar reduction in the price of steel. Both men went from the most grinding poverty to becoming the wealthiest people in the world in their time.

When Steve Jobs died, he was worth about $10 billion, and Bill Gates is currently worth $130 billion. It hardly seems fair that these two men controlled more wealth than half of the American people combined. But where would we be today without Windows or the smartphone? What value can society place on the innovations created through talent and vision?

Marian Tupy continues, “Inequality of outcome is inherent in a free economy, which tends to reward the most talented. Since talent is unequally and arbitrarily distributed, free enterprise and its resulting inequality of outcome are unpalatable [to many]. Yet progress depends on the flourishing of the talented. That means that inequality is truly the midwife of progress.”

We might take exception to Mr. Tupy’s stress on talent alone and suggest that grit is a far greater determining factor in human flourishing. But grit, too, is “unequally and arbitrarily distributed,” with predictably wide differences in outcomes.

We believe that all human progress tracks back directly to equality of opportunity and the use of that opportunity by talented people to advance themselves and society. Ultimately, all real prosperity proceeds from personal initiative and hard work.

You and I are living these truths every day, and we’re doing well by supporting the promise of capitalism. You’re building your families’ fortune, using our wise stewardship of your wealth, and investing in the great businesses of the world that flourish thanks to the amazingly powerful system of economics. We’re prospering because we’re investing in the one true natural resource in the world – human ingenuity.

As we have written on many occasions, back in 1946, the S&P 500 stood at a level of 19.3, and today the index stands at 4,447, which is about 230 times higher, not including the dividends you got along the way. The cash dividend paid by the S&P 500 companies in May 1946 was running at an annual rate of about $0.68; assuming as we do, that it comes in this year around $60, it will be up 88 times. The reason for this phenomenal accrual of wealth over such a short time is that the S&P 500 is an investment in great businesses, which are run by wonderfully talented people who are freely using their talents to both enrich themselves and improve the society around them.

We are building your family’s fortune by participating in the “Capitalist Miracle.” In almost every instance, you are returning very significant portions of that prosperity to your communities through your patronage, employment, and charitable giving – thereby reinforcing the moral superiority of this system.

This essay is not intended as a political statement but as an economic and moral one. As stewards of capital — and capitalists ourselves — we should never forget the wonderful greatness of this system, no matter which way the winds of politics may be blowing.

Build your family's fortune by participating in the "Capitalist Miracle"

To be a successful investor, you must understand that investing in human ingenuity will lead to a financially prosperous life!
CONTACT US TODAY
By Erik Strid|2021-10-25T11:17:36-04:00September 23rd, 2021|Blog, Great Investors Series|