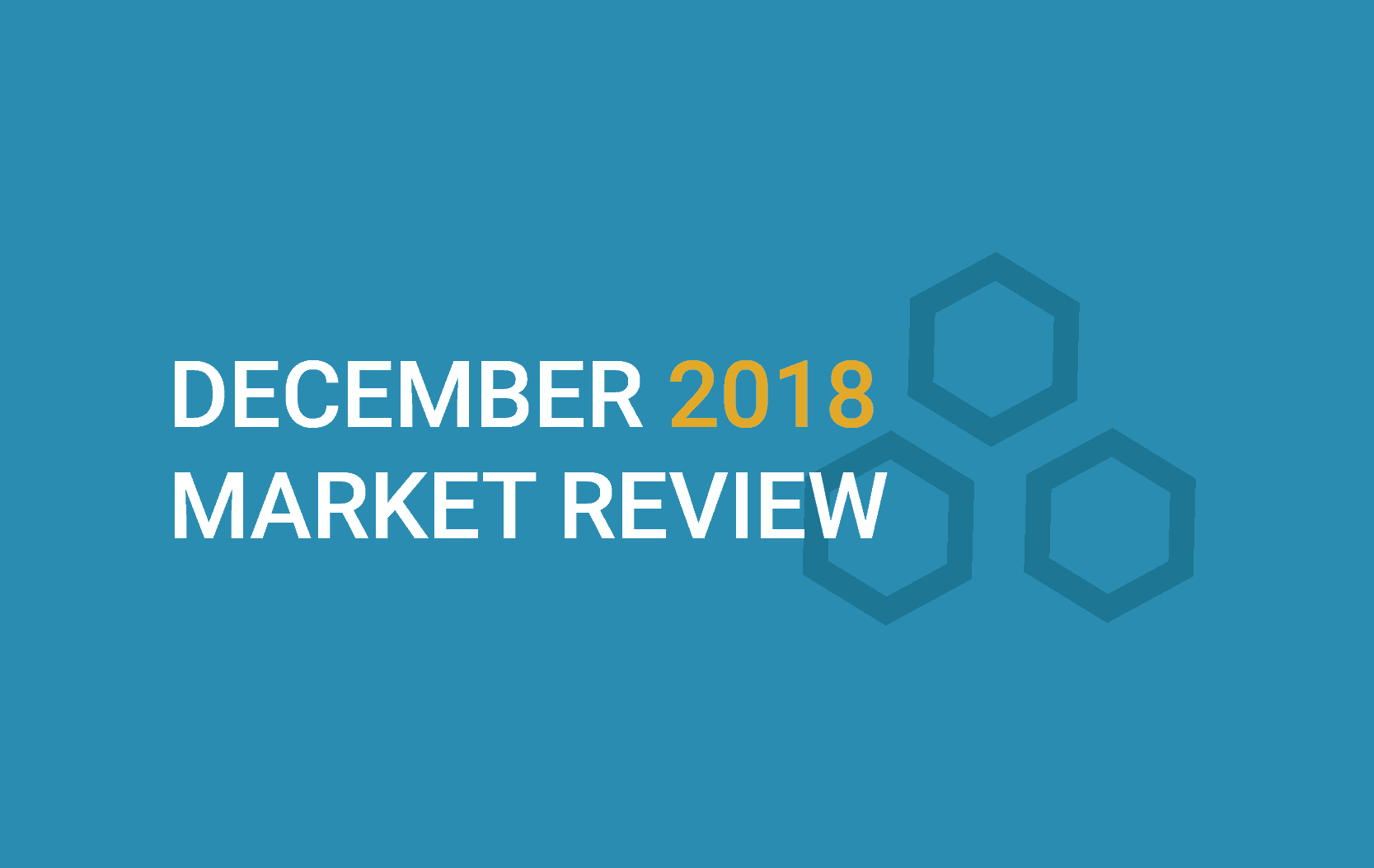 December has marked the end to another calendar year.   While the financial markets may have closed in a crescendo of market volatility, we hope the year provided you with great satisfaction and personal growth. We look forward to 2019 and wish you a healthy and wealthy new year!

2018 was perhaps the strangest year we have experienced in our collective experience here at Concentus. Most importantly, it was one of the truly great years in the history of the American economy, and by far the best one since the global financial crisis of 10 years past. Paradoxically, it was also a year in which the equity market could not get out of its own way.

It is almost impossible to cite all the major metrics of the economy which blazed ahead in 2018. Worker productivity surged, wage growth accelerated, household net worth rose above $100 trillion for the first time, yet household debt relative to net worth remained historically low. For the first time in American history, the number of open job listings exceeded the number of persons seeking employment.

Earnings of the S&P 500 companies, paced by robust GDP growth and significant corporate tax reform, leaped upward by more than 20%. Cash dividends set a new record; indeed total cash returned to shareholders from dividends and share repurchases since the trough of the Great Panic reached $7 trillion.

But the equity market had other things on its mind. Having gone straight up without a correction throughout 2017, the S&P 500 came roaring into 2018 but then cooled of in February with a 10% correction, followed by several months of consolidation. The advance resumed as summer waned, with the Index reaching a new all-time high of in late September.

It then went into a savage decline, falling to the threshold of bear market territory: on Christmas Eve, the S&P was off 19.8% from its September high. A rally in the last week of trading carried it back up a bit but ended the year a solid six percent decline on the year, ignoring dividends. 2018 thus became the 10th year of the last 39 (beginning with 1980) in which the Index closed lower than where it began. At the long-term historical rate of one down year in four, that’s actually just par for the course.

For the year, this volatility came as something of a surprise to many investors, after a long stretch of “smooth sailing” in the markets. Recall, there was not a single negative month for the S&P 500 Index in 2017. That quickly changed as soon as the calendar flipped to 2018. One of our favorite industry writers, Ben Carlson, points out couple of stark comparisons between the stock markets of 2017 and 2018:

Remember, the market activity of 2018 is much more the norm than the preceding year – 2017 was an outlier. Stock market investing requires acceptance of volatility and severe price movements. Moments like these are the reason that stocks earn premium returns over safer assets. Don’t get us wrong, we wish equities would advance in an orderly fashion, without decline, year in and year out. But understanding market history, we know this is not the case. As the New Year begins, we encourage you to read the latest installment of our “Great Investors” series, our annual reminder that “Great Investors Don’t Get Surprised”.

The major economic and market imponderable as the year turns is trade policy, which in the larger sense is an inquiry into the mind of President Trump. We think it fair to say, as the economist Scott Grannis recently did, that “Trump has managed to reduce tax and regulatory burdens in impressive fashion, but his tweets and his tariff threats have created unnecessary distractions and unfortunate uncertainties, not to mention higher prices for an array of imported consumer goods.” These and other uncertainties—perhaps chief among them Fed policy and an aging expansion—were weighing heavily on investor psychology as the year drew to a close.

The global economy continues to (slowly) expand, though there is a distinct deceleration and “desynchronization” of growth. The US economy shows continued growth, though forecasted to slow in 2019. At the same time, the rest of the world appears to be decelerating – still expansionary, but slowing down (especially in Europe, Japan, and China).

US Inflation remains stable and in line with Fed targets, and we maintain our belief that it does not represent a threat to continued economic expansion. Wages in the US are increasing only slowly (though showing signs of acceleration), oil prices have fallen significantly over the past three months, and overall commodity prices remain repressed by slowing demand and the strong dollar.

The positive impacts of fiscal stimulus, tax reform, and regulatory relief remain in place, but may begin to taper as we head into 2019. The Fed had previously laid out an aggressive tightening program over the next 12-15 months. There is now, however, some belief it may “back off” of that plan in the face of the recent market correction and expectations for a slowing economy in the latter half of 2019.

Solid US GDP growth, as well as respectable earnings and revenue growth, make for a generally positive market environment and, despite the recent sell-off, we maintain generally optimistic for US stocks over medium- and longer-term time horizons (though the current correction and disruption may continue over the short-term);

Ongoing trade tensions between the US and China, European tensions over Italy’s fiscal state and the UK’s struggles with “Brexit”, and decelerating non-US economic growth seem to be the largest potential threats to the current economic and market regimes.

It will be worth restating, our overall philosophy of investment advice here at Concentus. It is goal-focused and planning-driven, as sharply distinguished from an approach that is market-focused and current-events-driven. Every successful investor we’ve ever known was acting continuously on a plan; failed investors, in our experience, get that way by reacting to current events in the economy and the markets.

We don’t attempt to time the markets, nor predict which market sectors will “outperform” which others over the next block of time. In a sentence that always bears repeating: we are planners rather than prognosticators. Once we have helped a client family put a plan in place—and have funded it with what have historically been the most appropriate types of investments — we hardly ever recommend changing the portfolio so long as the long-term goals haven’t changed. As a general statement, we’ve found that the more often investors change their portfolios in response to the market fears or fads of the moment, the worse their long-term results.

As a result, we don’t publish an annual “S&P 500 Target” the way other advisors or money managers do.  Having said that, we are huge admirers of the work of Brian Wesbury at First Trust – Brian does publish an annual price target for stocks that we think is supported by good logic.  We encourage you to read his thoughts here:

Here is as far as we will go in making a long-term prediction:

For whatever it may be worth, our experience has been that negative investor sentiment such as we have experienced in the last 6 months—and the resulting equity price weakness—have usually presented the patient, disciplined long-term investor with enhanced opportunity. As the wise and witty Warren Buffett wrote in his 1994 shareholder letter, “Fear is the foe of the faddist, but the friend of the fundamentalist.”