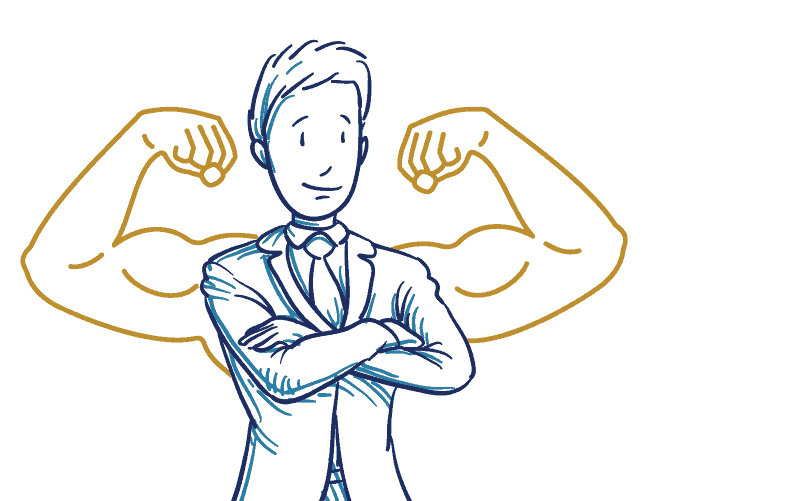 “To suppose that the value of a common stock is determined purely by a corporation’s earnings discounted by the relevant interest rates and adjusted for the marginal tax rate is to forget that people have burned witches, gone to war on a whim, risen to the defense of Joseph Stalin, and believed Orson Welles when he told them over the radio that the Martians had landed”

In last month’s article, we provided our annual reminder of the importance of avoiding surprises in investing. We hope this article will help you prepare for the investment markets this year and avoid unpleasant surprises. This month, we remind investors of the importance of being empowered.

How Could that Happen?

In September of 2008, Lehman Brothers was the 4th largest investment bank in the United States and had been among the highest quality brand names on Wall Street for the prior 158 years. The bank was in great shape on September 10th, 2008. Its Tier 1 capital ratio – a measure of a bank’s ability to endure loss – was 11.7%. That was higher than the previous quarter. Higher than Goldman Sachs. Higher than Bank of America. It was more capital than Lehman had in 2007 when the banking industry was about as strong as it had ever been.

Seventy-two hours later, it was bankrupt.

The only thing that changed during those three days was investors’ faith in the company. One day they believed in the company. The next they didn’t and stopped buying the debt that funded Lehman’s balance sheet

That faith was the only thing that mattered. But it was the one thing that was hard to quantify, hard to model, hard to predict, and it didn’t compute in a traditional valuation model.

Which Brain is More Important?

One of the biggest misconceptions about investing is that many people believe that investing is a left-brain activity dominated by rational calculations of quantifiable numbers like earnings, interest rates, price to earnings multiples, and tax rates. In this misguided view, investing is nothing more than a math equation that one can calculate to develop a winning investment approach.

One way to think about this is that there are always two sides to every investment: The number and the story. Every investment price, every market valuation, is just a number from today multiplied by a story about tomorrow.

The numbers are easy to measure, easy to track, easy to formulate. They’re getting easier as almost everyone has cheap access to information.

But the stories are often bizarre reflections of people’s hopes, dreams, fears, insecurities, and tribal affiliations. And they’re getting more bizarre as social media amplifies the most emotionally appealing views.

The fact is, despite all the best modeling, analysis, and calculating that one may undertake, the stories people believe, and the emotions they stumble into, are the most important variable in market events. Relying upon data and logic alone to make sense of the economy and markets is a losing proposition.

Whenever people are reminded of this truth by unpredictable markets, you typically see the left-brained crowd become shocked and angry about the fact that “The market has become detached from fundamentals.” However, the truth is that fundamentals matter a lot less than most people presume.

This truth implies that all the data mining, mathematical modeling, and spreadsheet analysis in the world is unlikely to give investors much of an edge in growing their wealth. If it does, it’s more likely the product of luck than skill. The one thing you can’t model on a spreadsheet is the most important – the surprise that comes from the crazy, dumb, and unexplainable things that happen when human emotion takes over, and rationality gets thrown out the window.

In some way, this realization is extremely discouraging. It means that markets are not, in fact, like a math equation and cannot be “figured out” by rational analysis. Think of all of the time, money, and missed expectations that have been wasted by investors who believed that they (or, more likely, their money manager) could research and analyze the investment markets in a way that would produce consistent superior performance.

In another way, it’s empowering. It reminds us that there is so little we can predict in investing and so many ways to outsmart ourselves and make a mistake. If we are humble enough to admit this truth to ourselves, we open the door to investing wisdom. We begin to understand that it is best to reduce our investing strategy to its lowest common denominator and to seek a very small number of reliable principles we can feel confident in over time.

At Concentus, we call this our Capital Markets Philosophy. This philosophy is based on some very simple truths that some might even accuse this philosophy of being unsophisticated. However, in the words of Leonardo DaVinci, “Simplicity is the Ultimate Sophistication.”

The bedrock principles of this philosophy follow below. We feel confident these concepts will stand the test of time and help to protect us from the whims of market emotions: