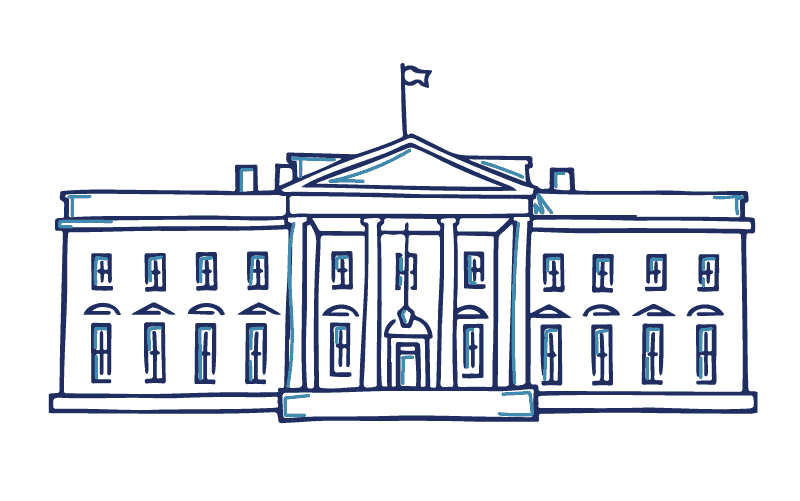 “If you mix your politics with your investment decisions, you are making a big mistake.”

In last month’s article, we explored the dynamics behind the recent upswing in equity prices. This month, we discuss the illusion of certainty that makes us believe that the world will be much more certain after the election.

The Illusion of Certainty

At Concentus, we believe that successful investing is predominantly about the temperament of the investor, and that investor emotions are the dominant factor in long-term investing results. Over our collective experience of 200 years advising clients, we have noticed that an understanding of your own emotional and behavioral biases is much more important than picking investments or predicting the stock market.

There is one psychological bias that seems to be particularly powerful, which we call “the illusion of certainty.” We have observed that many people mistakenly believe that the world is alternately moving from periods of uncertainty, into periods of certainty, and then back again. We are all afraid of uncertainty. When we are confronted with times that feel uncertain, we find comfort in the idea that more certain days are just ahead. All we need to do is to wait for the world to “settle down” again and return to a sense of order we can understand.

Unfortunately, this idea is an illusion. Uncertainty, in the markets and the world, is truly the only certainty. The truth is the world is constantly moving from one “crisis” to the next—there is always a crisis happening somewhere, and the world lives in a permanent state of instability.

This emotional bias can be extremely powerful during presidential election years. It seems that every four years, the presidential election in the U.S. represents a “life or death” referendum on the state of our nation, and our American values and way of life hang in the balance. Nothing can possibly be certain until the election has occurred, and we all yearn for the certainty that will result when the ballot results are finally tabulated in November.

As investors, our discomfort with election year uncertainty can paralyze us. It can impede rational investment decisions. Every four years, investors everywhere anticipate the November elections with great trepidation. They wonder if it would be better to just get out of the equity market and take to the sidelines until after the election, when things are more settled.

Election Years Of The Past

Given the ubiquity of uncertainty in the world, it is our philosophy that the most important skill in investing is the ability to practice rationality under uncertainty, and to make rational and reasonable decisions despite the emotional toll that uncertainty may be taking on us. This also means that history is the best guide to the long-term future—the best way to predict what might happen in the long run is to understand what has happened historically. As President Harry Truman once said, “the only thing new in the world is the history you do not know.”

This year’s election promises to be as emotionally volatile as any in recent memory as the ideological divide between our parties appears as wide as it has ever been. Many people actually believe that this election is “life and death” and that the very future of the American way of life hangs in the balance. No wonder many investors are feeling jittery

However, for those who are able to take a break from the daily headlines and media noise, it may be worthwhile to review the history of equity market behavior in election years, as follows:

For those who wish to use history as a guide, it is apparent that election years have been fairly good times to be an equity investor. Despite the many hotly contested and emotional elections depicted in this chart, since 1928, election years have delivered an average return of about 11.25 percent, 82 percent of the time, which is slightly better than the long-term average return of the S&P 500.

If you are like most Americans, you probably have strong feelings about who should win this particular election. You may also be concerned about the total disaster that will befall our country if your preferred candidate or party doesn’t win. You may be starting to think terrible thoughts about the fate of your investment portfolio during this uncertain time and are tempted to allow your emotions to influence your investing strategy.

I am here to tell you that would be a mistake.

The fact is that “Mr. Market” actually cares little about who is in the Oval Office and is really only concerned with the functioning of the economy. Although governmental policies can influence economic performance, there is not much correlation between economic progress and any particular political ideology. Although the president can influence the economy, he is not an emperor with unlimited power. Our Founding Fathers built a system of checks and balances, which are intended to limit the power of any one individual to influence the future of the U.S.

What To Do With Your Concerns About Uncertainty

It is likely that the emotions stirred up by the next four months of political rhetoric will provide a true test of your emotional control. So here is our advice, and do this now before the election cycle really heats up:

One of our very favorite quotes about investing was said by Warren Buffett, who advised that we should be fearful when others are greedy, and greedy when others are fearful. We believe that the primary driver of equity returns is human emotion, and that extremes in emotion are perfectly correlated with extremes in equity prices. Equities travel in lockstep with long-term changes in investor psychology. History is filled with examples, but recent history includes three clear ones:

We are convinced that the time to get greedy is when others are fearful. And I don’t know about you, but we are having trouble remembering a time when people were so single-mindedly fearful.

Some financial signs of that fear include:

We believe that these facts argue that the investor appetite for safety, at the expense of returns, has never been higher. We have never seen anything like this before, and we don’t expect to ever see this again.

Disregard Your Worries, Now Is The Time To Stay Invested

While many investors are overly concerned with uncertainty, great investors know that we live in an uncertain world. Don’t let your worries drive your investment decisions, especially in a presidential election year. Remember that 82 percent of the time, an election year has delivered an average return of around 11.25 percent. While other investors are acting based on emotion, we can help you achieve your financial goals with smart investing and a defined financial plan.
CONTACT US TODAY
By Erik Strid|2020-07-21T15:57:34-04:00July 20th, 2020|Blog, Great Investors Series|