Great Investors Don’t Care Who The President Is 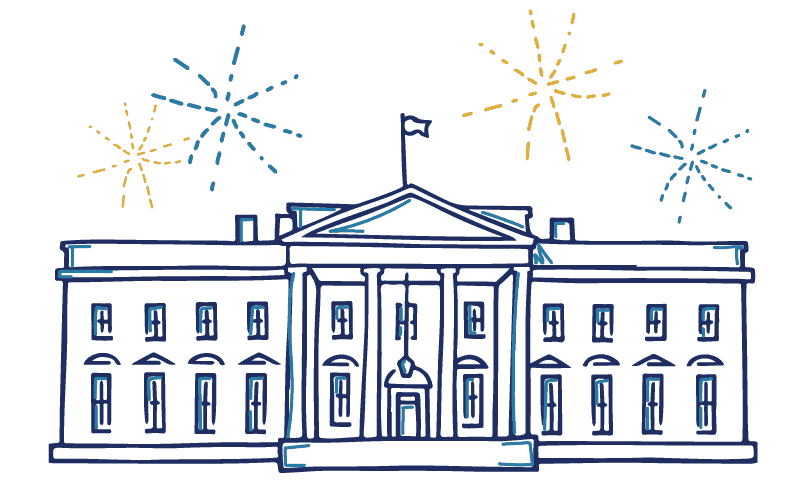 In last month’s article, we warned against the pitfalls of listening to listening to cocktail party chatter instead of expert advice. This month, we prepare for yet another election year.

Unless you live under a rock, you know that 2020 is a presidential election year. The media circus that is sure to accompany the next election is just starting to warm up.

If you are like most Americans, you probably have very strong feelings about who should win this particular election – and equally strong feelings about the total disaster that will befall our country if your preferred candidate or party doesn’t win. You are probably already starting to think terrible thoughts about the fate of your investment portfolio, potentially allowing your emotions to influence your investing strategy.

I am here to tell you that would be a mistake.

Warren Buffett recently gave an interview in which he discussed the impact of politics on the investment markets. You can see a brief clip here.

In the interview, Buffett recounts the story about the day he asked for his wife’s hand in marriage in 1951.  His future father-in-law, who was an enormous conservative, was upset that the Democrats were in control of Washington, and he felt certain they were going to make a mess of everything. He told young Warren that he was destined to be a failure, and might starve to death, thanks to the Communist policies being installed in Washington.

In the 68 years since that day, the value of the S&P 500 is 138 times higher and its cash dividends are 44 times higher. In fact, the cash dividends paid by the S&P 500 today represent an annual yield of about 163 percent of the cost of an initial investment in the S&P back in 1951. Warren Buffett, far from a failure, has used the miracle of value creation in the U.S. equity market to become the richest man in the world.

As Buffett says in his interview, “If you mix your politics with your investment decisions, you are making a big mistake.”

The fact is that the stock market actually cares very little about who is in the Oval office. It’s really only concerned with how the economy is functioning. Although governmental policies can influence economic performance, there is not much correlation between economic progress and any particular political ideology. As an example, many people believe that Republicans are more likely to oversee the kind of growth that accompanied Reagan’s “Morning in America” in the 1980’s. More recently, however, the greatest financial crisis of our generation was formed up under the watch of a free-market Republican, and the subsequent recovery took place with a progressive Democrat in office.

Since then, the market has done nothing but go straight up, regardless of who has been in the White House.

I remember vividly when Barack Obama was elected president, and the pronouncements from conservative investors that it was time to “sell everything” in order to avoid the inevitable market crash that would accompany his presidency – and maybe even move to Canada while they were at it. Nobody moved to Canada, and the stock market went up by just about 175 percent over his two terms.

Likewise, those on the left side of the aisle reacted in a similar way when Donald Trump was elected, with the same pledge to “sell everything” and expatriate. Again, nobody moved, and the stock market is up 27 percent in three years.

Stock prices are a function of the performance of the economy, not a reflection of who is in the Oval office. Although the president can influence the economy, he is not an emperor with unlimited power. Our founding fathers built a system of checks and balances that are intended to limit the power of any one individual to influence the future of the U.S. too much.

We here at Concentus believe firmly that successful investing is predominantly about the temperament of the investor. Investor emotions are the dominant factor in long-term investing results. It is likely that the emotions stirred up by the next 12 months of political rhetoric will provide a true test of your emotional control.

So, here is our advice – and do this now before the election cycle really heats up:

Close your eyes and imagine that your preferred candidate doesn’t win the election. Feel the emotions, feel the anger and frustration of facing four years with that idiot in office. Get fired up. Then, take all of that emotion and lock it away in a drawer somewhere. Don’t let it get anywhere near your investment portfolio.

Elections can bring up a lot of emotions and related fears. Don’t let it affect your investment plan. We can help you stay on track.