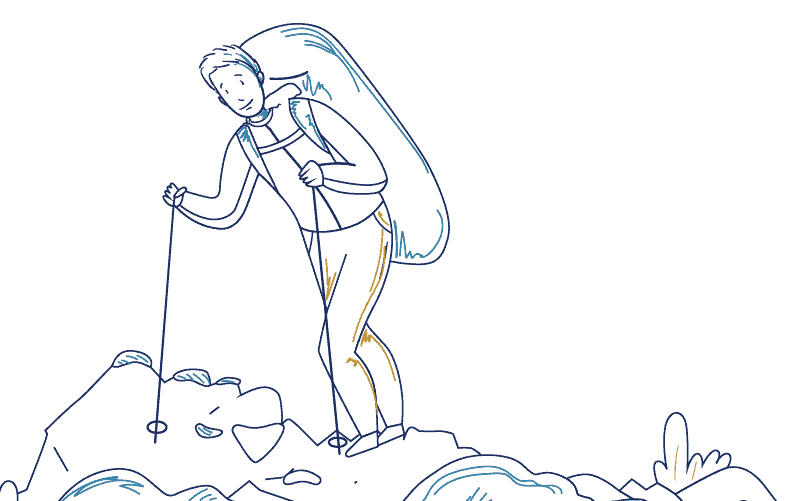 In last month’s article, we explored the impact of March Madness in the markets. This month, we reflect on how hard it is to live through “interesting times.”

May You Live in Interesting Times

Popular culture tells us that this quote is an ancient Chinese blessing, intended to convey that it’s a blessing to live through interesting times. The truth is that this “blessing” does not represent an ancient Chinese expression and is not intended as a blessing at all. In fact, this saying appears to be a loose interpretation of a Chinese curse, which articulates that “interesting times” are not desirable for those who seek peace and tranquility. According to Wikipedia:

“May you live in interesting times” is an English expression that is claimed to be a translation of a traditional Chinese curse. While seemingly a blessing, the expression is normally used ironically; life is better in “uninteresting times” of peace and tranquility than in “interesting” ones, which are usually times of trouble. Despite being widely attributed as a Chinese curse, there is no known equivalent expression in Chinese. The nearest related Chinese expression translates as, “Better to be a dog in times of tranquility than a human in times of chaos.”

The last two years in America have certainly been interesting. The American people have endured a series of gut punches beginning with wave after wave of a generational public health crisis, flowing into a bitterly partisan presidential election that didn’t end on Election Day, a 40-year inflation spike, soaring oil prices, which so far gives no indication of being transitory, and now, Russia’s invasion of Ukraine.

These interesting times have hardly been the stuff of peace and tranquility. In fact, for most people these times have been simply exhausting. You might not be human if, after two years of chaos, you didn’t want to just sell all the equity investments in your portfolio, get to the safety of cash, get some rest, and look again “when things settle down.” It is almost impossible to avoid feeling this way, and yes, we have noticed that we’ve been receiving a lot more inquiries from our valued clients asking if the current conditions look something like the 2008 financial crisis.

However, exhaustion isn’t an investment policy, and owning money market funds with a yield of .75% while inflation rages on at 7%+ isn’t a “safe” strategy by any definition. Getting out of the market to make the anxiety stop is an impulse and a very powerful one. But it isn’t a plan, and chances are you will not reach your financial goals without a plan.

We have written in this space many times that it is a bad idea to “conflate” or confuse your investing strategy with the negative emotions that may arise as you monitor the news of the day. It’s human nature to become emotionally wrapped up in the many crises we see on the news, from the surging inflation, supply chain disruptions, labor shortages, COVID-19, and Ukrainian invasion and assume that our economy might come to a screeching halt, or the stock market might crash like it did back in 2008.

However, the fact is that conditions today couldn’t be more different than they were back in 2008. There is abundant liquidity in the financial system. The consumer’s balance sheet is as healthy as it’s been in 40 years, and unemployment is cratering. Job openings are at record highs, and everyone who can work and wants to can find employment at rising wages. In every important respect, conditions today are the mirror opposite of the global financial crisis.

In contrast to the grumpy mood of everyday investors, the most important business leaders in America see things much differently as well. The “business roundtable” is made up of about 200 CEOs of the largest companies in the United States, who publish a quarterly report on their consensus outlook for the economy in the coming months. In their quarterly economic outlook published at the end of 2021, these business leaders indicated that their expectations are at a record high. Based on their forecast for capital spending, employment, and sales growth during the next six months, these CEOs are as optimistic as they have ever been in the history of the business roundtable.

We know by now that the primary economic and financial problem faced by the U.S. these days is the significant rise in inflation in consumer prices. While it is true that this inflation is being caused by the rising price of oil, as well as disruptions in the global supply chain, we should also remember that part of the reason for inflation is that economic activity is surging as the world continues to emerge from Covid. Consumers have money to spend, and they are anxious to get out and spend it.

Regardless of the causes of inflation, the investment implications are clear. In an environment in which consumer prices are rising at a rate of more than 7% per year, it is simply impossible for an investor to preserve, much less grow wealth (defined as purchasing power) by owning long-term bonds that yield less than 3%. Owning bonds today represents a contractual obligation to lose purchasing power every year, as the return on bonds cannot keep up with the erosion caused by inflation.

It’s always worth remembering that today’s crisis will invariably become yesterday’s news. Not only will you not be worried about this stuff 10 years from now, but you probably won’t even remember it. Do you remember that the equity market went down nearly 20% over six months in 2011 because of a raging government debt crisis that almost bankrupted the entirety of Southern Europe? What about the threat of a U.S. government shutdown or the S&P downgrading the debt of the U.S. treasury? No? Well, neither does anyone else. That’s the point.

Is the Russia-Ukraine situation as bad as, or worse than, any of the countless other global shocks that have occurred over the last 50 years? We don’t know yet. It’s therefore very easy to say that this time is different, and head for the exits. But the more you know about past crises, and how the great companies in America and the world absorbed them, regrouped, and went on to new highs, the more you may be inclined to entertain the idea that “This too shall pass.”

This Too Shall Pass

The last two years in America have certainly been interesting, and the American people have endured a series of gut punches but, getting out of the market to make the anxiety stop isn’t a plan, and chances are you will not reach your financial goals without a plan.
CONTACT US TODAY
By Erik Strid|2022-04-22T09:32:10-04:00April 21st, 2022|Blog, Great Investors Series|