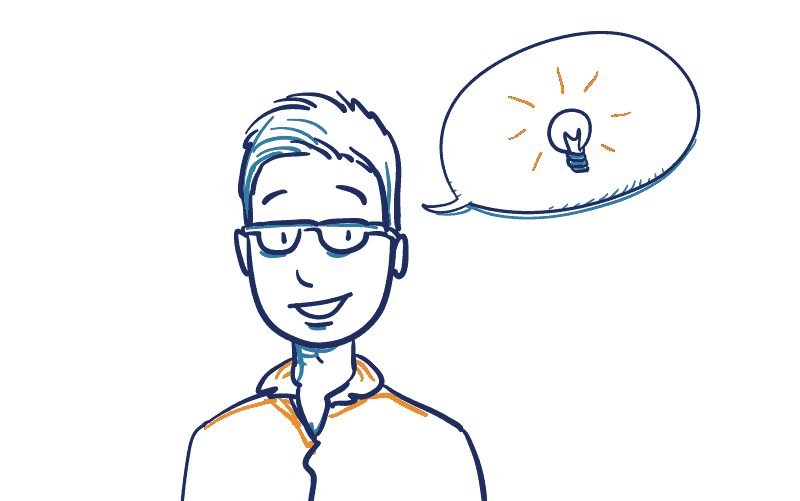 “Managers looking at their employees and saying, ‘Go try something new. Blow up the playbook, I don’t care,’ is not something that gets said when the economy is booming, and the outlook is bright.”

In last month’s article, we discussed how to avoid worrying about yesterday’s problems. This month, we remember that there are always silver linings in the dark clouds overhead.

Famed investor Benjamin Graham once made the brilliant observation that, “The Investor’s chief problem, and even his worst enemy, is likely to be himself.” If our team here at Concentus were to sum up everything we have learned in a combined 200 years advising clients, this simple statement would be it.

This quote perfectly captures both the challenges and the opportunities involved with our profession. Our job is almost always to convince our clients to act against their most basic instincts. What they ought to do is almost always the exact opposite of what their emotions tell them to do. The opportunity is that, particularly at market and emotional extremes, our advice is priceless.

As we’ve observed many times, human nature is so naturally prone to fear. The fact is that most investors believe that any decline in stock prices is the onset of a permanent disaster for the U.S. economy and stock market. As a result of that belief, they have a propensity to panic during these times, despite the most important lesson of history: Declines in stock prices are always temporary and always give way to a resumption of the uptrend in both prices and dividends. Put another way, unlike everything else people wish to buy and own, they cannot understand that lower stock prices mean better value.

How Companies Get Better

The fact is that whenever the prices of their stocks decline, the enduring value of companies always rises.  Of course, one reason this is true is intuitive—in a bear market, it costs less money to buy a share of the same company. For example, after a period in 2008 in which the price of the S&P 500 fell by 57 percent, the next thing that happened was that from March 2009 through February 2020, the S&P 500 nearly quintupled in price. In a very real way, then, the 17-month price decline was the “setup” for the 11-year advance.

But there is another, less obvious reason why the value of companies rises during difficult times. It is also true that the Great Recession forced American companies to get better, and to enhance the value of their actual businesses. As the economy tanked, they wrote off inventory, cut dividends, sold or closed unprofitable plants and product lines, and used the freed-up capital to innovate, expand their more profitable lines, invest in new technology, and get more efficient. They took market share from weaker competitors. In sum, rather than experiencing the Great Recession as victims, solid companies acted on it opportunistically. Which is exactly what great investors do in times when stock prices are in decline. When CNBC says, “Bear market,” we say, “Big sale.”

And so, it has been in 2020. Back in March, most investors desperately wanted to sell their equities. They could not understand that the value of their companies was getting better, not only because their prices were down, but because difficult economic conditions were forcing them to become BETTER COMPANIES. And, although the stock market has recovered since then, the economic hardship continues, and companies continue to respond.

In adversity, the great companies you own are always get stronger, and they’re doing so right now. They will be meaningfully better businesses coming out of this setback than they were going into it—smarter, stronger, leaner, and more profitable. When markets decline and stocks go “on sale,” they represent a bargain because their price has been reduced—like a Black Friday sale. But the more important point is that, as they fight back against adversity, great companies don’t just hold their value as enduring businesses. They enhance it.

When Do Innovations Happen?

We all know the age-old maxim that crisis and opportunity often occur at the same time. Although a moment of crisis can be scary and dangerous, it is also usually a moment of change, when the established order is upset in favor of a new and different system.

When it comes to economic progress through innovation, history clearly shows us that the moments of greatest difficulty are also the times during which the greatest innovations occur. When our “backs are against the wall,” humans have a way of rising to the challenge, and responding with energy, hard work, and innovation.

As an example of this phenomenon, we recommend this excellent article published recently by Morgan Housel at the Collaborative Fund.

In particular, don’t miss the excerpt below, which describes the innovations that are being forged in 2020, right before our eyes:

But think of what’s happening in biotech right now. Many have pessimistically noted that the fastest a vaccine has ever been created is four years. But we’ve also never had a new virus genome sequenced and published online within days of discovering it, like we did with COVID-19. We’ve never built seven vaccine manufacturing plants when we know six of them won’t be needed, because we want to make sure one of them can be operational as soon as possible for whatever kind of vaccine we happen to discover. We’ve never had so many biotech companies drop everything to find a solution to one virus. It’s as close to a Manhattan Project as we’ve seen since the 1940s.

Disregard Your Instincts. Now Is The Time To Stay Invested.

While many investors believe that any decline in stock prices is the onset of a permanent disaster for the U.S. economy and stock market, this isn’t the case. During these times, weaker businesses fail. And stronger businesses with sound business models get even stronger. When stock prices fall, it’s like a Black Friday Sale for investors—an opportunity to buy into the market at a discount. While other investors are reacting on instinct, we can help you achieve your financial goals with rational investing and a defined financial plan.
CONTACT US TODAY
By Erik Strid|2020-09-18T08:55:16-04:00September 17th, 2020|Blog, Great Investors Series|