Great Investors Know it’s Not Where you “Start”, it’s Where you Finish 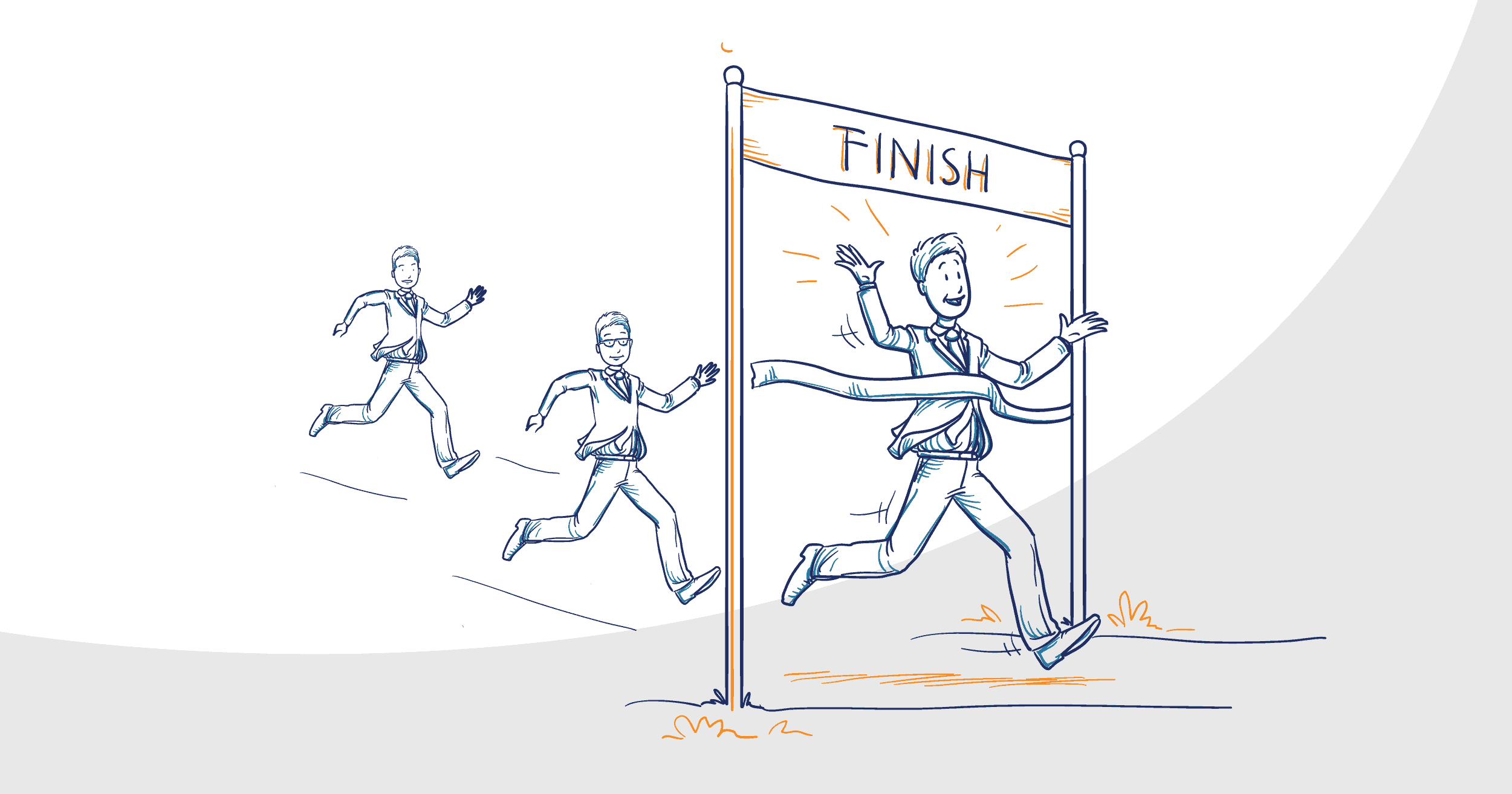 “Some months ago, I rather tentatively wondered out loud in these pages whether the pandemic- like the Spanish flue plague a century ago- might lead to a Roaring Twenties redux. I hereby, and with increased emphasis, repeat the question.”

In last month’s article, we took a look at the current hysteria over the coming of Inflation. This month, we examine the importance of your “Starting Point” in measuring investment returns, and wonder aloud about what “Starting Point” we are experiencing today.

One of the “dirty little secrets” among professional investors is that long term performance track records, while technically accurate, can sometimes be just a bit misleading. Asset manager track records, either through manipulation or just pure luck, can be significantly influenced by the Starting Point used in calculating their returns.

In fact, it is safe to say that the single most important variable in measuring equity returns is the start date you choose to use. This is because returns wander all over the landscape when studied in short bursts, such as 10 years. For example, the annual return for the last decade through this past month, was about 14%. And even that is conservative when compared to the returns for the period since the March 2009 bottom, which has been well over 17%.

For many pundits and “experts”, these numbers support the outlook that the equity market is experiencing a wildly historical bubble that’s bound to end badly in a crash that will make the “Tech Wreck” of 2001-2002 look like child’s play.

But what if we chose to consider a different clip of time in a similarly arbitrary way? A period that is not too short, not too long, and not without a certain historical significance: let’s look at the Twenty-First Century to date. Specifically, we can examine the period from January 2000 through June 2021. To refresh our memory, we may recall that by January  2000, the internet stock investing mania, which had driven equity prices to outlandishly high levels, was officially over. Cinderella’s coach had turned back into a pumpkin, and the stock market staggered forward for another 10 weeks, before the S&P 500 began a 31-month, 49% drop. It was the largest decline since the 1929-32 stock market crash, and made worse because the tech-heavy Nasdaq, home to the majority of the “Dot Com” stocks, declined by 80% over the same period.

From October  2002 to October 2007, the S&P 500 managed to struggle back to, and very slightly exceed, its March 2000 peak. That’s when the real Bear Market started. Over the following 17 months, the S&P 500 declined a staggering 57% amid a global financial crisis that threatened to collapse the entire world’s economy. That is the story of the first nine years and three months of a century which has now proceeded for 21 years and six months. And it’s important to note that the S&P 500’s compound rate of return for  January 2000 to March 2009 averaged a negative five percent annually.

Finally, this brings us to consider the Index’s average annual compound rate of return for the entire period of the Twenty-First Century to date. It is seven percent, which is somewhat lower than the long-term average over the prior 75 years, which was 10% per year. When viewed through the lens of a “starting point” at the turn of the century, the equity market is still playing catchup—progressing upward toward its nearly 100-year average. It still has pretty far to go.

This isn’t meant to downplay the undeniable fact that the S&P 500 has returned about 17% per year since 2009, which is currently way above the trendline. Instead, it is intended to point out that this is the market’s long-term function: to run below trend in some periods of unpredictable length, then to run above it for an equally unknowable period of time.

Could the market’s next intermediate-term trend be to decline back toward the long-term average? Of course, it might. However, the more important question is, “What does any of this have to do with us?” As goal-focused, planning-driven, long-term equity investors, what matters is your ability to reach a specific financial place by the time you retire, and then  support a two-person retirement of three decades or more, during which you will draw an income that rises with your cost of living. All the while, even as your withdrawals grow, watching your capital continue to accrete, as legacies to those you love.

It is quite difficult, or more likely impossible, to know if the current environment is more like the year 2000, when the equity market was on the precipice of a decade-long crash, or 2009, which began one of the most significant Bull Markets of all time.

However, there is at least a reasonable case to be made, as Nick Murray does in the quote shown above, that the ending of the Covid-19 pandemic may look something like the end of the Spanish Flu crisis a century ago, which touched off a wave of relief in the U.S. economy and stock markets that led to the famous “Roaring 20’s”. As author and market analyst Ben Carlson put it recently, “What if the Corona crash was our 1987 moment?”

It is hard to deny that there are several tailwinds that argue for this possibility.

Since the end of the great financial crisis back in 2008, two unrelated spheres of economic activity have suffered a long period of underinvestment. The obvious one is housing construction, which was the leading edge of the crash, and has hardly recovered since. The other is business capital expenditures, which took a distinct backseat in the 2010s to companies using free cash to repurchase their shares instead of, making capital investments. There is good reason to think that both these trends may be in the process of reversing.

Last month, the National Association of Realtors reported a study by Rosen Consulting Group that showed construction of new housing in the past 20 years running 5.5 million units short of long-term historical levels. At the same time, the cohort of most likely first-time homebuyers—Americans in their 30s—is expanding rapidly. The U.S. Census found 4.5 million more 30 to 39 year old’s in 2020 than in 2010. The Rosen study found that we currently face shortfalls of 2 million single-family homes, 1.1 million units in buildings with two to four units, and 2.4 million units in buildings of at least five dwellings. Other experts estimate even larger shortfalls. In a study published earlier this year, the mortgage finance entity Freddie Mac put the national deficit just in single-family homes at 3.8 million units. Little wonder that inventories of houses for sale have slumped, and that prices have ticked up sharply. The Rosen study also points out that expanding new-home construction to more than 2 million units a year for 10 years might create 2.8 million new jobs and generate more than $400 billion in economic activity.

Less obvious, and even more powerful is the developing global boom in Capital Expenditures by businesses. Morgan Stanley estimates that overall global investment will rise to 121% of pre-recession levels by the end of 2022. In the U.S. alone, CapEx is now rising at an annual rate of 15%. This is enormously significant, because investment in new technologies and business methods is the driver of productivity growth, and higher living standards.

Moreover, as demonstrated by the supply chain imbalances we live through today, companies know that demand is very strong right now, so capital expenditures are justified. U.S. real disposable income per person is now a staggering 27% higher than it was in February 2020, when the pandemic took hold. Many consumer-facing industries ran their inventories down in the recession, and are now desperately struggling to catch up, which means they must invest in new technologies to increase production. Fortunately, corporate America clearly has the wherewithal to make these investments, because earnings are booming. S&P 500 companies may earn a record $1.5 trillion in 2021, topping the $1.3 trillion they earned in 2019. The result is a huge upsurge in the cash positions of S&P firms.

CapEx and housing are not merely straws in the wind. They are profoundly important elements of the economy, not just in terms of near-term output and earnings but also in their long-term growth and productivity implications.

To be a successful investor, understand that the very best investors have a disciplined approach to making portfolio decisions and always stick to their plan, no matter what the rest of the world is doing.
CONTACT US TODAY
By Erik Strid|2021-07-20T14:36:06-04:00July 16th, 2021|Blog, Great Investors Series|