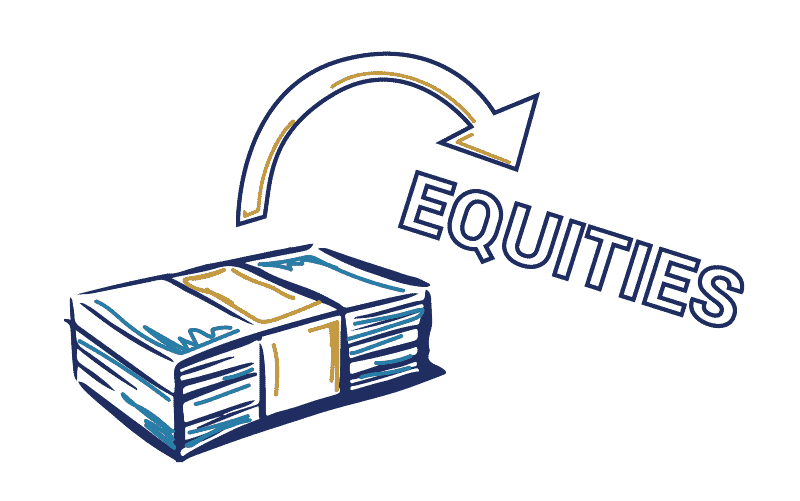 “Panic buying is a type of behavior marked by a rapid increase in purchase volume, typically causing the price of a security or market to increase. From a macro perspective, panic buying reduces supply and creates higher demand, leading to higher price inflation. On a micro level (e.g., in investment markets), fear of missing out (FOMO) can exacerbate panic buying, into a so-called melt-up.”

In last month’s article, we reviewed stock market history through the lens of TIME magazine covers. This week, we discuss why the stock market continues to go up.

The Market Is Rigged!

In America now, it’s impossible to turn on the television, click on a news website, or open a newspaper and not see fearful news of the riots, right on the heels of the pandemic. Before proceeding, we must emphasize that we would never take human suffering, violence, or the loss of life lightly, and we believe that what is happening in our country at the moment is a tragedy. Instead, we are writing to address the impact of the current situation from an investment perspective.

Despite these scary “dual threats” confronting America today, nobody can figure out why equities keep going up. Investors everywhere are scratching their heads wondering why. Before the S&P 500 bottomed on March 23rd, April was the best month for stocks for three decades. The equity market then tacked on another six percent in May, and so far, June is off to a great start as well. In defiance of so many investors, who have been waiting for a second market plunge to come, the S&P 500 is up by just about 40 percent in total since that low on March 23rd.

I call it the most hated bull market in history because people who are missing out, sitting on the sidelines, are starting to get angry.

I’ll freely admit I take secret pleasure in watching many of the “smart and sophisticated” investment gurus and pundits get angry as they blame the market for going up at a time when they wrongly predicted a future of doom and gloom. I remember well, in the early days of the recovery from the 2008 crisis, many scorned investors protested that the initial rise in stocks was not to be trusted. They claimed it was nothing but the result of a “sugar high” from Federal Reserve stimulus, only to watch stocks quadruple in 10 years.

Well, they are at it again now. The “Twittersphere” is exploding with comments about how the market is rigged, and that the Federal Reserve has created fake markets. Billionaire investor David Tepper recently said that the current rise in stocks is totally irrational. He claims that the S&P 500 is the second-most overvalued he has ever seen, behind only the Dot Com bubble. I even read an article in The Wall Street Journal recently that scolded the stock market for not taking a moral position while lockdowns continue, and riots rage through our cities. I never thought I’d see the day when a financial market was accused of being “immoral.”

Hell hath no fury like the tantrum of a scorned “expert” who can’t accept the fact that the equity market is going up despite bad news and uncertainty. Apparently, it’s not “smart” or sophisticated to accept the fact that equities reflect the greatness of American Capitalism and the greatness of our future that lies ahead. I have no idea why anyone would doubt this great future given the clear record of history, but they still do.

It’s Not That Complicated

Financial journalists are vexed to the point of madness about the resilience of the equity market in the face of horrible economic data because they have no idea about how capital markets work.

The equity market primarily functions as a mechanism that is always attempting to discount a future stream of company earnings and dividends back to a reasonable current value today. In fact, over the last 80 years, equities have bottomed 107 days before the end of a recession. The equity market does not care about what is happening now, it only cares about what is going to happen next.

On March 23rd, fear and uncertainty about the coronavirus were at a peak. That week was arguably the most uncertain moment, as no one knew how quickly and pervasively the virus would spread, how many people it would kill, and how long the world would have to remain economically shut down. Reacting to that uncertainty, investors liquidated their equities at a rate not seen since the worst days of the 2008 crisis. They stockpiled cash because they were so afraid of the uncertain future. As the dust began to settle from that volatile week, investors were sitting on a pile of almost $4 trillion in cash reserves, which is a record.

As the panic selling of that week began to wane, a few investors began to evaluate their options for what to do with all that cash, and they found the following:

Some smart, long-term investors did a little math. They realized that a 30-year loan to the U.S. Government would pay them a return of about one percent per year, which, after paying taxes on that interest, would net them about 0.7 percent per year for a whole 30 years. Realizing that the Federal Reserve has an openly publicized policy of targeting an annual inflation rate of two percent per year, these wise investors understood that such a loan to the government was a great way to lock in an annual return, after inflation and taxes, of just about 1.3 percent. Yes, that’s right, the purchase of a 30-year Treasury bond was a contract to almost guarantee a 40 percent devaluation of their purchasing power over the course of 30 years.

These folks thought, “I need to find something better to do with my cash!”

So, they considered an investment into equities, which around the same time were yielding just about two percent in dividends. Although stocks are volatile, and things looked pretty scary for the economy, over a five- or 10-year period, the chances seemed good of doing at least a little better than losing purchasing power every year, especially since dividends have historically grown at a rate of about five percent per year.

So those smart early investors started to put some of that huge cash pile into equities, and it caused the S&P to begin recovering.

As the S&P started recovering, some more investors started doing that same math and arrived at the same conclusion. They got a little anxious that they better invest their cash NOW, before it was too late. After all, they didn‘t want to miss the party!  And so, the recovery in stocks started to gain strength and momentum.

Every day, as the market kept going up, more and more people began to see this picture and worried that they better get in now, before they were too late.

Here’s the good news: There are still a lot of people, including our vexed experts and pundits, who still haven’t figured this out and are still sitting on a gigantic stockpile in cash. Eventually, they will all have to admit they were wrong. As the S&P keeps going up, the people who are worried that they are missing the boat begin to worry even more, and scramble to buy stocks even more urgently, before it is too late. Pretty soon, you can experience one of the most glorious phenomena in the world of a long-term equity market:  The Buying Panic.

Equities are appreciating for the simple reason that it’s the best place to put your money right now. While other investors are acting based on emotion, we can help you achieve your financial goals with smart investing and a defined financial plan.
CONTACT US TODAY
By Erik Strid|2020-06-11T15:59:43-04:00June 11th, 2020|Blog, Great Investors Series|