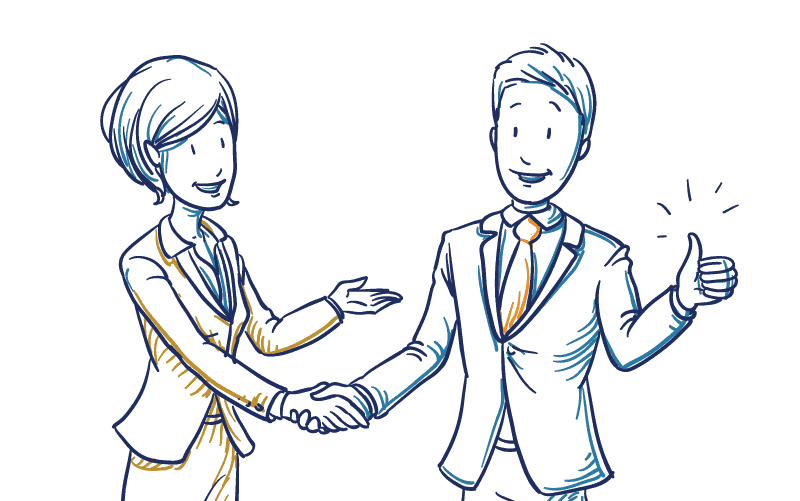 “Every decade or so, dark clouds will fill the economic skies,
and they will briefly rain gold.”

In last month’s article, we explained that selling in a bear market is only “half of a strategy.” This month, we explore the wonderful opportunities for wealth creation that crises can present.

This month, there isn’t much need to describe the topic that is on the minds of investors everywhere: the impact of COVID-19. This outbreak is truly the only factor that matters to investors today. It has been said that bear markets are defined as periods of time “when common stocks are returned to their rightful owners,” so this month we explore how truly great investors take advantage of moments like this.

As I write on April 6th, the world is experiencing a moment of maximum uncertainty. The pandemic has become the most significant public health crisis in literally a century—since the outbreak of the 1918 flu—and our response has put the economy into a medically induced coma. Global policymakers are applying massive monetary and fiscal stimulus to the resulting economic collapse, which will probably be quite deep but relatively fleeting. The important fact today is that the short- to intermediate-term economic outcome is not merely unknown, but it is unknowable.

At moments like this, although it is useless to make predictions about what will happen next, we will hear gloomy predictions from the gurus, experts, and investing legends who dominate the airwaves of the financial media. Billionaire investor Bill Ackman gave a dire interview on CNBC last week in which he argued that this crisis is worse than anything we have seen before. He was quoted using the phrase that “hell is coming,” as well as the words “America will end as we know it.” With all due respect to Mr. Ackman, that’s what they always say when a bear market strikes. This is the language of panic, and it is how you know you are in a bear market.

The hallmark of all long-term, goal-focused investment policy is the practice of rationality under uncertainty, especially when the world around us is panicking. The only way to think rationally about the current crisis is to draw from our experience of how other scary events unfolded, so that we might understand the long-term implications of this one.

While there is no direct precedent for the pandemic in the lives of today’s investors, there is ample evidence of other terrifying “black swan” events. These include, but are not limited to, the global financial crisis of 2008-09, the September 11th attacks, and Black Monday 1987. In addition, although the Spanish flu struck the world more than 100 years ago, a time that seems almost pre-historic to most investors today, it provides an even more relevant precedent we can draw from.

The Spanish flu outbreak began in the summer of 1918 and had run its course by February 1919. It infected 500 million people worldwide, which was about 27 percent of the world’s population at the time. It killed between 30 million and 50 million people, or about 1.7 percent of the entire world’s population. Were a similar pandemic to hit us today, it would translate to 100 million deaths. From a stock market perspective, the Dow Jones Industrial average fell by 40 percent from its prior high over the first six months of the pandemic. It bottomed in December of 1918, about three months before the flu virus was over, and subsequently rallied by 25 percent in less than two months. Eighteen months after hitting bottom, the Dow surpassed its prior all-time high, not including dividends. That high was 110. Today the Dow Jones trades at a level of about 22,000. No, America did not end.

American history is littered with scary moments and crisis events. Each spawned an analogous moment of maximum uncertainty; but all were followed by great economic expansions, together with unprecedented episodes of soaring equity values and dividends.

Following its March 2009 trough—down 57 percent—the S&P 500 compounded at more than 14 percent annually for very nearly 11 years. While the last few weeks in the stock market have been tough, the decline in equities so far is hardly without precedent. In fact, with the current decline just shy of 30 percent, this only ranks as the 13th worst bear market in stocks going back to the 1920s. Here is what happened after each of those last 12 bear markets hit bottom:

To become a great investor, you must look across the valley.

We cannot know which way the equity market’s next 25% move will go. But we do know with crystal clarity which way its next 100% move will be, and we strongly encourage everyone who may be reading this memo not to risk missing it.

On this last point, it certainly is difficult to know which way the next 25 percent move in the S&P 500 will be; although, it is a mathematical certainty that the net 100 percent move will be up. However, much has been written about the idea that the next big move may be down, and that bear markets often have successive periods of decline, followed by interim rallies that can cause investors to become exuberant, only to experience yet another sharp leg down.

Of course, despite the recent sharp rally in equity prices, this may happen again now, and it is possible that another “leg down” may occur. It’s also possible it won’t. For those investors who may be tempted to time these movements—to sell now in hopes of swooping back in later when prices have declined—we came across the following excellent piece from Nick Murray this week, that we thought worthy of reproducing in its entirety:

The Siren Song of Market Timing

As the equity market relentlessly made new highs day after day from late January through mid-February, there must have been legions of investors who said, “Too far, too fast; valuations getting stretched; market has to take a breather.”

The problem arises when we take the “too far too fast” litany and try to make investment policy out of it—“tactically” getting out of equities, with an eye toward buying back in at lower levels. One is tempted to say here that it never works. But of course that’s not true.

It does work—and lately it has—in the same way that people sometimes win money in gambling casinos. That is, it pays off just often enough to delude the gambler into thinking he can keep the success going. But we know that if he stays at the table long enough, the house not only takes back his winnings, it cleans him out.

Trying to gain a consistent timing advantage over the equity market is a fool’s errand. It isn’t even investing; it’s speculating—in this instance, speculating on the possibility that you can, over the short to intermediate term, consistently be right twice.

When you consider market timing just that way—as speculation—you see that it isn’t something one ought to do with one’s core capital. Taking all of one’s goal-oriented capital out of the market is no different from putting it all in a hot stock, or trend. That is, you’re not seeking long-term accretion of intrinsic value—which is the very definition of investing—but trying to profit from a temporary interruption of the relentless upward trend of equities.

The key word in that sentence is, of course, temporary. You know that the downtrend on which you’re betting can’t last—that having gotten out of the market you must get back in somewhere, or forgo the achievement of your long-term goals. The odds against your doing that successfully—getting out correctly and then getting back in correctly—are hugely prohibitive.

Wait; it gets worse. On those rare occasions when someone gets out of the market opportunely—in that a worthwhile decline follows quickly—the gambling instinct takes over. (I was right! I’ve got a hot hand!) Now, when the market inevitably rallies, the speculator is that much more inclined to think, “This isn’t the resumption of the permanent uptrend; it’s just a dead cat bounce!”

And perhaps he gets to be right again: the market may very well resume its decline. But that’s even worse: the speculator develops an ego investment in just how insightful he’s been to stay bearish—and becomes that much more likely to miss the real turn to the upside.

The Siren’s song of market timing never goes away; it is always playing, however faintly, on human nature’s unconscious jukebox. (That’s yet another reason that human nature is a failed investor.) If you stay at the blackjack table long enough, you lose everything you have. And if you bet often enough—just “tactically,” of course—against an equity market that’s gone up in 75 percent of all one-year periods, you get the same outcome.

As we endure this coronavirus crisis, it is worth restating our overall principle of investment advice. It is goal-focused and planning-driven, as sharply distinguished from an approach that is market-focused and current-events-driven. Long-term investment success comes from continuously acting on a plan. Investment failure proceeds from continually reacting to current events in the economy and the markets.

We are long-term equity investors, working steadily toward the achievement of our most cherished lifetime goals. We make no attempt to forecast the equity market. Since we accept that the equity market cannot be consistently timed by us or anyone, we believe that the only way to be sure of capturing the full premium return of equities is to ride out their frequent but ultimately temporary declines. We do this because, at least historically, the permanent advance has triumphed over the temporary declines.

Our essential principles of goal-focused portfolio management remain unchanged. The only benchmark we should care about is the one that indicates whether we are on track to accomplish our financial goals. Risk should be measured as the probability that we won’t achieve our goals. Investing should have the exclusive goal of minimizing that risk.

The very best investors have a disciplined approach to making portfolio decisions, and always stick to their plan, no matter what the rest of the world is doing. They live through the peaks of euphoria, as well as the depths of terror, with a healthy understanding that a well-designed written investment and financial plan will get them through both.

The news drives fear, and fear drives bad decision making, especially when it comes to investments. We can help you seize opportunity and achieve your financial goals.
CONTACT US TODAY
By Erik Strid|2020-04-07T18:10:54-04:00April 7th, 2020|Blog, Great Investors Series|