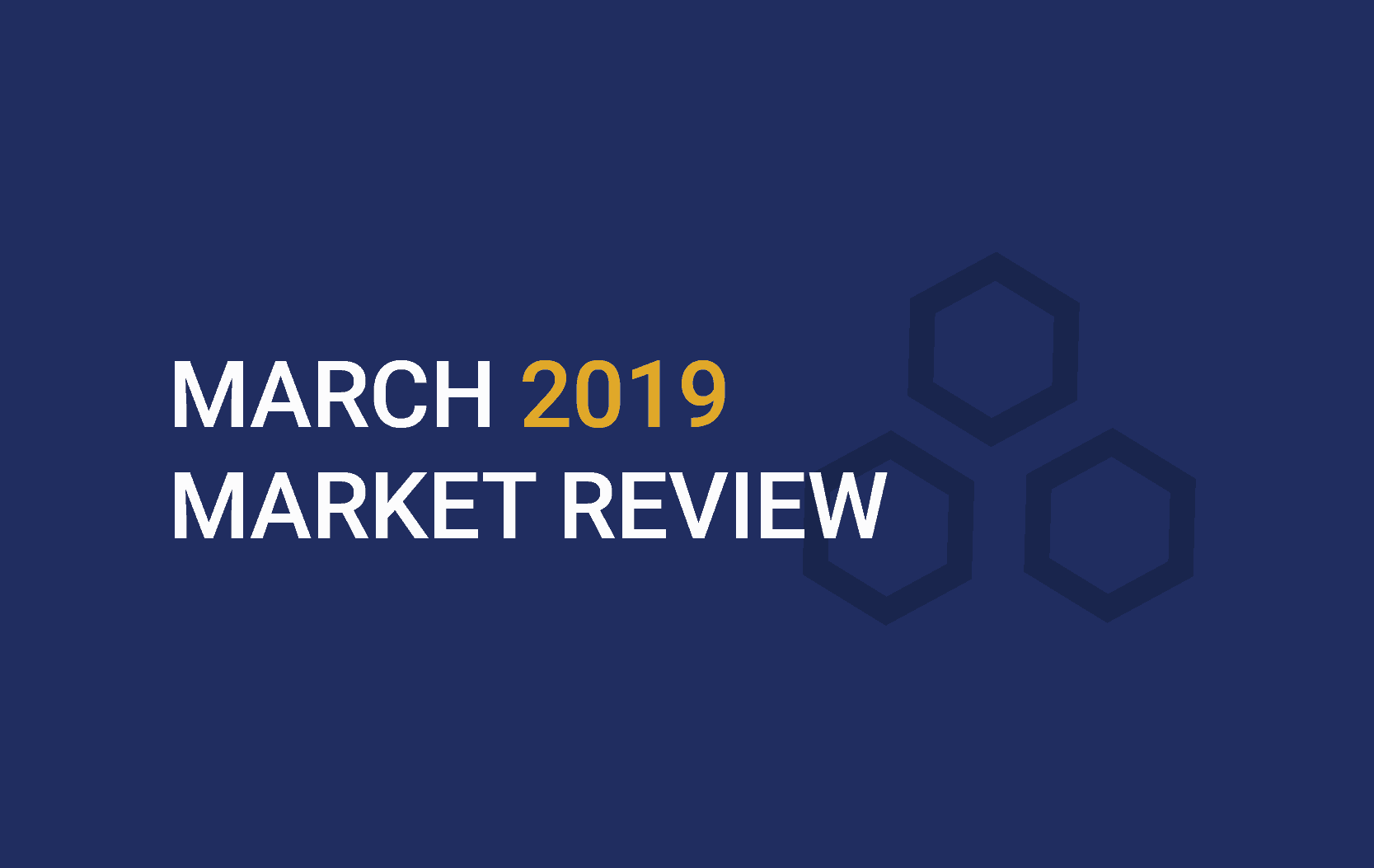 There were a few recent notable anniversaries we would like to acknowledge. First, here at Concentus Wealth Advisors we celebrated our 5th anniversary as a company and Independent Registered Investment Advisor on February 19th.  Secondly, March represented the 10th anniversary of the stock market bottom, which lead to the eventual end of the Great Financial Crisis of 2008-09. The intraday low of the S&P 500 Index on March 9th, 2009 was 666: an eerie index level that we hope to never revisit. Do you remember how you felt in the latter stages of this terrible recession? Today, the S&P 500 Index is over 4X higher, and closed the month of March at 2,834.  Erik’s recent blog post (Great Investors Celebrate An Anniversary: 2019 Edition) provides some valuable perspective on the depths from which we have risen in the last 10 years.

This year also represents another anniversary, which I just learned recently when I attended an investment conference featuring Richard Fisher as its keynote speaker. Mr. Fisher served as President and CEO of the Dallas Federal Reserve Bank from 2005 – 2015. In his speech, he recounted a first-hand history lesson regarding the closed-door discussions at the US Federal Reserve Bank, and the resulting activities of the ‘Fed’ during the 2008 Financial Crisis, a highly unnerving time in our recent economic history. Mr. Fisher also provided another interesting anniversary, pointing out that it has been 200 years since the Panic of 1819.

Not knowing very much about the Panic of 1819, I was all ears and ready for the history lesson. For context:

In 1819, the impressive post-War of 1812 economic expansion ended. Banks throughout the country failed; mortgages were foreclosed, forcing people out of their homes and off their farms. Falling prices impaired agriculture and manufacturing, triggering widespread unemployment.

It was the first major banking crisis in our fledgling nation. Money and jobs were scarce, loans were being foreclosed upon, banks were failing to function, and credit was frozen. Sound familiar? Mr. Fisher suggested that this crisis was the main contributing factor for the country to elect Andrew Jackson as the 7th President of the United States.

Before being elected President, Andrew Jackson was a General in the US Army, and served in both houses of the US Congress, and was a controversial figure in American politics. He was shot and almost killed in a duel while also killing another man in a separate duel (talk about political discourse!). Jackson was thought to be a self-made man, often described as rough and unpolished. Shunned by the establishment, he ran a populist campaign as a ‘champion of the common man’, and resoundingly won the vote of lower to middle class men, mostly farmers suspicious of the widening gap between the rich and poor.

Does this sound familiar? Fast-forward 200 years and you might be able to write similar descriptions of our current President, Donald Trump. Whether you agree with his politics or not, you cannot deny that the forces which have brought Donald Trump to power are reminiscent of Jackson’s time. President Trump can be described as (among other things!) a controversial figure shunned by the establishment. He too, is an unpolished, ‘self-made’ man, full of discourse and rhetoric.

In no way is this meant to be an endorsement of President Trump’s politics, policies or character, but rather a lesson in history. As they say, “history doesn’t repeat itself, but it sure does rhyme.” It was a populist uprising in the wake of the Banking Crisis/Panic of 1819 that led to Andrew Jackson’s Presidency. Similarly, Donald Trump ran as a ‘champion of the common man’ and won the vote of the middle-class worker in middle America, in the wake of the Great Recession/Financial Crisis of 2008.

It is said that President Trump expresses admiration for Andrew Jackson, and in fact Jackson’s portrait can be found hanging above his desk in the oval office. Maybe it’s an admiration of his long flowing hair?

Whatever the reason, were it not for the Panic of 1819, 200 years ago, and the Great Financial Crisis, 10 years ago, the history of these two Presidencies may have been very different.

We believe that markets care very little about who sits in the oval office (or whose portrait hangs on the walls, for that matter), and we urge you not to confuse politics with money! As Erik points out in his blog post, Permanent Crisis:

Most people mistakenly believe that the world is periodically moving from periods of uncertainty to periods of certainty, and that all we have to do is wait for the next period of certainty to get here, so that we can invest and manage our portfolios with a clearer picture of the future.  In the current environment, people are tempted to think…“if only we had a more stable president, things would be more certain, and my investing decisions would be easier”.

We don’t invest in political ideologies, nor do we invest in political cycles: we invest in companies. The political pendulum will swing from one party to another and from one ideology to the next. Investing based on the volatility of the political tides would not be a strategy conducive to building and growing generational wealth. In fact, this is not investing, but it is trading. See another one of Erik’s blog posts about the difference…

As financial advisors, we understand there’s a big difference between TRADING and INVESTING:

Instead, we focus on long-term capital markets. We seek to own the global investment markets, by owning the world’s great companies, over decades, no matter the political party in power.

Stock prices marched higher in March! It was another good month for stock prices, representing a continuation of the recovery started in late December through the first quarter. Each month was positive for Global Equities. Again, US Equities led all major asset classes in the month, up 1.9%. Developed International equities were up 0.7% and Emerging Market stocks were positive as well, up 0.8%. Commodities prices were negative in March, down (0.2%). Interestingly, commodities are basically flat to negative over the last decade. This is an example of the low inflation rates that we’ve experienced since the Financial Crisis. Bonds had an impressive month in March, up 1.9% in the US and up 1.3% Globally. This was due to declining interest rates.

We are here to Help

If you have any questions or comments about our advice, let us know or, simply…