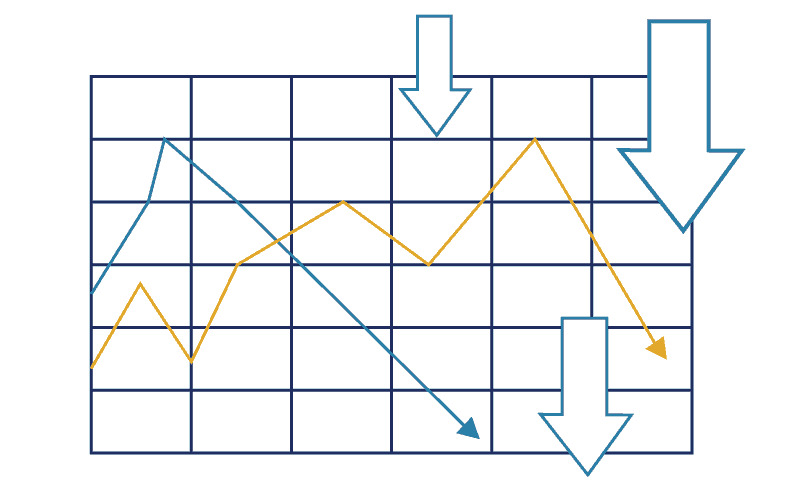 It is impossible to turn on a television, click on a news website, or open a newspaper today and not be greeted by fearful news of the spread of the Coronavirus. Before proceeding, let us be clear that we would never take human suffering, or the loss of life lightly, and we believe that even the loss of a single life to a disease like this is a tragedy.

Instead, we are writing to address the impact of this disease from an investment perspective.

We have therefore been invited by financial media to suspect that the blended value of 500 of the largest, best financed, most profitable businesses in America and the world has “lost” 12% – with more “losses” to come – due to the outbreak in China of a new strain of coronavirus.

Permit us to doubt this, and to suggest that you – as goal-focused long-term investors – join us in doubting it.

We at Concentus do not claim to have any idea how far this outbreak will spread, nor how many lives it will claim, before it is brought under control. We are reasonably certain that many (or perhaps most) of the world’s leading virologists and epidemiologists are working on it, and believe that their efforts will ultimately succeed, and more quickly than the media would currently have us believe.  Clearly, this is nothing more (or less) than our personal opinion.

However, if the rich history of similar outbreaks in this century is any guide, this would seem to be a reasonable hypothesis.

We draw your attention to:

On that first day of the litany of epidemics cited above, the S&P 500 closed at 855.70. Seventeen years and six epidemics later (including the current one), last Monday the Index closed fairly close to four times higher. I’m confident that you see where we are going with this.

Every one of these instances rattled investor emotions, and in most cases caused double digit declines in equity prices.  In the fullness of time, each scary episode listed above also can now be regarded as an exceptional buying opportunity for patient, long term investors. Far from an opportunity to sell, or reduce your equity exposure, at Concentus we regard the recent volatility as a buying opportunity.

While equity prices may very well be lower in a month, or in 6 months, or in a year, we are confident that investors with a reasonable time horizon – such as 5 years or longer – can feel very comfortable using this current volatility as a great opportunity to buy equities while they are on sale.  Incidentally, we also believe that any capital which doesn’t have at least a 5 year time horizon doesn’t belong in the equity market in the first place.

For our clients and friends who are already fully invested in equities, we advise that you stay that way.  For those who are funding periodic savings plans such as a 401k plan, we suggest you temporarily accelerate your pace of investment if you can afford to.  And for those lucky enough to be sitting on a more meaningful stash of cash or bonds…opportunity is knocking.

As always, we welcome your inquiries around this issue. In the meantime, we think the most helpful – and certainly most heartfelt – investment advice we can offer would be that you turn off the television set.

Your Team at Concentus

p.s. – The history of the SARS epidemic, and of most if not all the others before this one, is very well documented by Wikipedia. The closing level of the S&P 500 on 1/31/2003 is from Standard & Poor’s, as reported by Yahoo Finance.

Not convinced? Want more? We also recommend the following articles/videos on the topic:

Investing Secrets: Key Concepts Every Investor Should Know
The 9 investing secrets every investor should know (aka A Guide to Market Crashes on an Index Card)

Part 30 of Erik’s Weekly Video series
The lesson: The impulse to get out of the market in uncertain times is incredibly powerful and may seem like the most logical plan in the world. It’s also is close to a promise of sub-standard investment returns as you can possibly get.

Part 28 of Erik’s Weekly Video series
The lesson: Don’t fall for “The Extrapolation Fantasy”…theories of doom and gloom based on the extrapolation of some undesirable trend all the way to the horizon.

Invest Based On Historical Evidence

With our help, and a sound plan and strategy in place, you can avoid natural human tendencies that may hurt your portfolio over the long term.