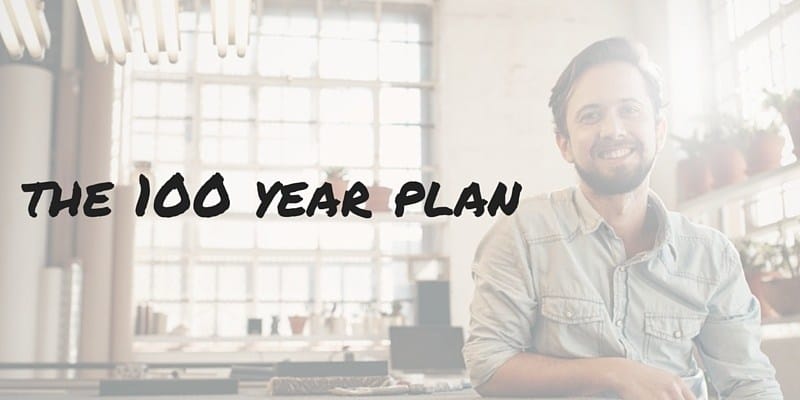 Futurists say the first person to reach 150 years of age has already been born, and some project that people alive today will live 300 years or even longer.
– Ric Edelman

Gordon Moore was the co-founder of Intel, who famously observed in 1965 that the number of components per integrated circuit would double each year for at least a decade. Thus was born “Moore’s Law”, which essentially has become known to mean that the computing power of semiconductors will double about every 18 months. That day in 1965 was the moment the world irrevocably changed forever in a very fundamental way. It was at that moment that human innovation and technological progress changed from a steady linear rate of growth, to one that is exponential in nature.

To grasp the difference between linear growth and exponential growth, consider the following choice:

In the first scenario, you start out with a lot more money, and you slowly but surely make progress every day, until you finally have $1,000,000 in your bank account at the end. Not bad for just 30 days work. This was kind of like the world for the first 1965 years of human history.

In the second scenario, you only start with a penny, and it takes you 8 days before you even have more than a buck, and 23 days before you even have $30,000. However on the 27th day you have $671,088! Then something really powerful happens: your growth rate begins to really accelerate, and begins to seem almost parabolic. By the 30th day you have $5,368,709. This is kind of like the world since 1965.

Evidence of the exponential growth of technology is all around us, and it appears that technology is now reaching the point at which the doubling of computing power is creating almost parabolic increases in our technological capability. It may be hard to believe this, but the first iPhone was released less than 10 years ago, on June 29th 2007. Today the phone you carry in your pocket has more computing power than the computer NASA used to send a man to the moon in 1969. The point is to say that technology has only just begun to become exponential in nature, but that as its power continues to grow exponentially, it is difficult for us to conceive how powerful it will become. For an exploration of where it will take us next, check out this thought provoking article:

We’re fast approaching the moment when humans and machines merge. Welcome to the Singularity movement

Exponential technology is difficult for the human brain to comprehend, because we are generally wired to be linear thinkers. We think the future will look more or less like the past we know – we all seek predictability and stability in our lives, and the idea of world changing technology can be very scary and disruptive to our view of the world. We prefer to think that the future will approximate the past. When I was growing up, everyone had a telephone, but the idea of someone walking around with a wristwatch that would function as a phone, GPS, and mobile information center was so ridiculous it had a place only in the pages of a Dick Tracy comic book. We all have trouble fathoming how big and fast the world will change.

I recently read an article by Ric Edelman that pointed out:

“Current life expectancies for 65-year-olds are 88.8 and 86.6 years for women and men, respectively. But futurists say the first person to reach 150 years of age has already been born, and some project that people alive today will live 300 years or even longer.

The best part: Medical technologies will actually ‘cure’ aging—meaning you could reach 150 but feel as though you’re just 45!”

In my profession, our primary task is to help clients to plan their lives, careers, and money to make sure that they are able to live a “well-funded” life, so that they have enough money to achieve their long term life goals so they can fulfill what is most important to them. Life expectancy is a critical part of this planning, as we can only calculate and determine if a client has “enough” to reach their most cherished life goals, to the extent we know how long that life is likely to be!

Unfortunately, this is also one of those areas in which most people have a tendency toward linear thinking. For most people, if asked the question of how long they think they will live, their mind will immediately retreat to some calculation based on the lives of their parents or grandparents. Conversations like this happen every day:

Advisor: “And how long do you think you’ll live in retirement?”

Clients: “Well…. our fathers lived into their late 70s and our mothers into their mid-80s…. so…. we’ve got pretty good genes, we’re taking good care of ourselves, and people are generally living longer these days. I’d say we should make it into our late 80s or early 90s. Maybe 92 to be on the safe side.”

Advisor: “OK Then, we’ll create projections so that you don’t run out of money until age 95”.

Asian cultures are famous for their long term strategic thinking, and their ability to design and follow a “100 year plan”. If it is really possible that people may start living to be 150 years old, should you be thinking about a “100 year plan” for the important things in your life? If you knew you were going to live to be 150 years old, how would you take care of yourself today – what plans would you make for your physical and mental health, your relationships, career, and money today, so that they will be there for you over the truly long haul?