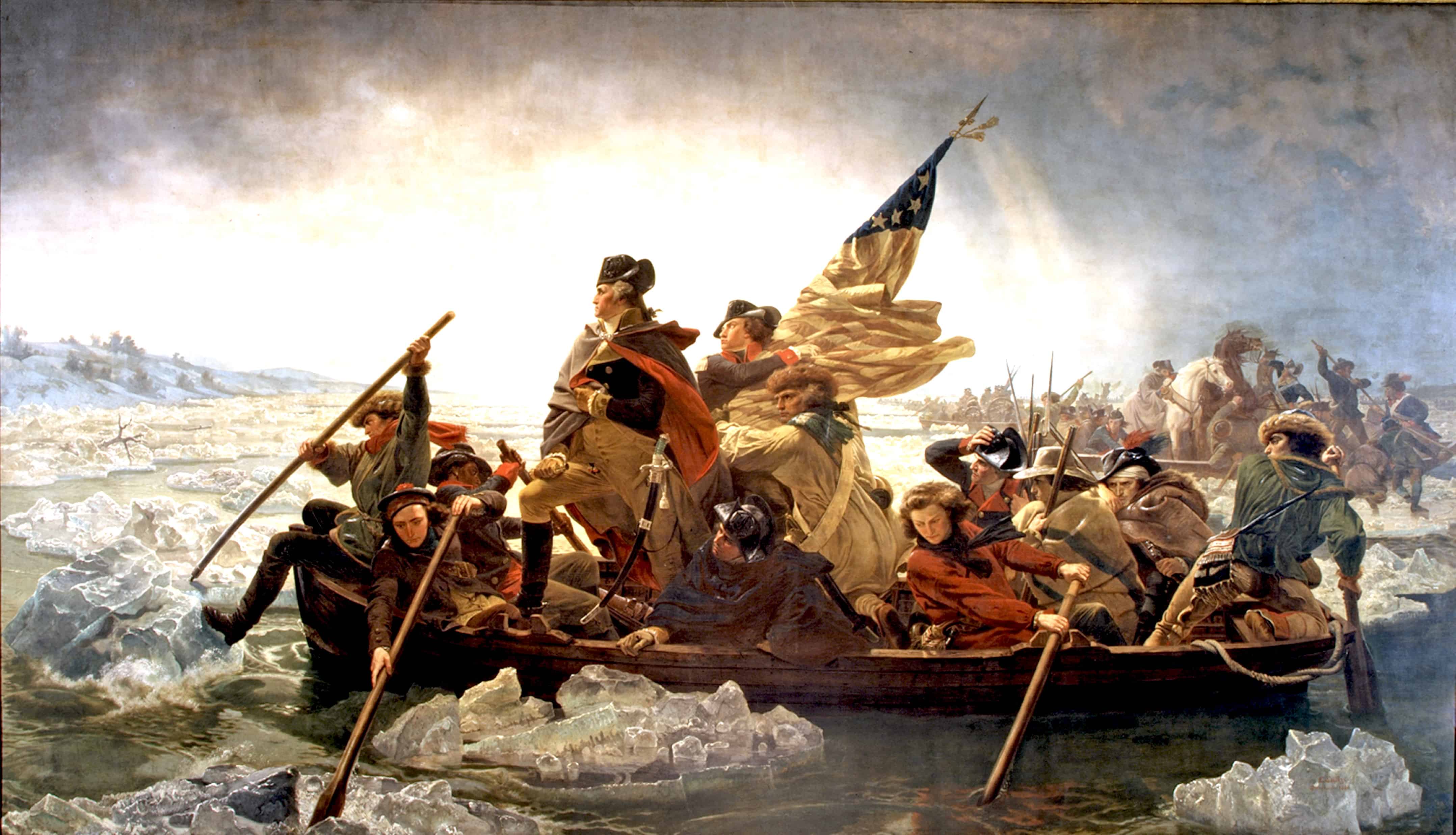 “Most people seem to think It’s a Wonderful Life is the great American Christmas movie. I demur. It’s The Crossing, hands down.”
– Nick Murray

This year in honor of Christmas Eve, I’d like to share an excerpt written by author Nick Murray, about the little known story of “America’s First Christmas Miracle”. Enjoy…

As darkness fell over the Delaware Valley on Christmas Eve 1776, the American revolution was all but lost.

The ragtag and rapidly dwindling Continental Army had escaped from New York by a hair’s breadth a few weeks earlier, and been chased down the length of New Jersey by a superior force, finally fleeing across the Delaware River into Pennsylvania. It was endgame: the enlistments of most of the men remaining under George Washington’s command would be up at year’s end, and they were surely going home.

And then a miracle happened.

On Christmas night, in a howling nor’easter, Washington ferried his soldiers back across the ice-choked river and attacked the Hessian garrison at Trenton, killing or capturing a thousand men. They held off a counterattack by Lord Cornwallis’ best troops, and then struck again, defeating a brigade at Princeton. The British strategy was shattered, and Washington’s army – which by then was the Revolution – had triumphed, to fight again and again.

This is the story told in the marvelous A&E film The Crossing… and it may be the only real exposure your children (or grandchildren) will ever get to that miracle – and to what it still means to us as Americans.

This year when you settle down to enjoy your Christmas Eve dinner with family and friends, make sure you say a quick thank you to that ragtag group of men who pulled off this Christmas miracle, so that you and your family can live in the greatest country in the history of the world.

Happy Holidays to all, and we wish you the very best of health, happiness, and prosperity in 2018!