Dustin Johnson and the Brexit 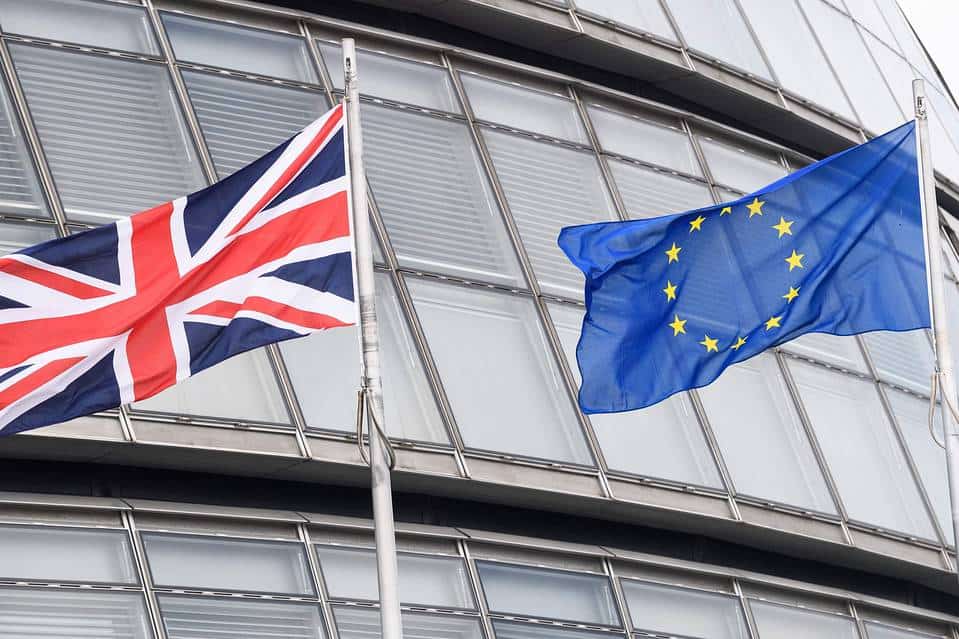 Uncertainty Breeds Contempt… Many market axioms are beaten to death, but I don’t think this one is repeated often enough.
– Adam Button

Last weekend was one of my favorites of the year. Father’s Day is always a wonderful opportunity to celebrate with my dad, and to enjoy some quality time with my own kids. The weather is usually beautiful this time of year, and I love watching the annual tradition of the U.S. Open, which I consider the ultimate test of golf.

This year at Oakmont was a particularly interesting tournament, in particular because of something that happened about half way through the final round on Sunday. On the 5th hole, as the leader Dustin Johnson was preparing to putt, his ball suddenly moved ever so slightly. As this represented a possible rules infraction, Johnson pointed this out to an official, and they together deemed that he had not caused the ball to move, and no penalty stroke should be assessed. However, when Johnson arrived to the 12th hole, another rules official approached him and informed him that the USGA had reviewed the video, and had determined that it was possible that he may have caused the ball to move. He was told that no decision had been made yet, but that the officials would review this situation with him after the tournament was over to decide if a penalty stroke should be assessed retroactively.

Of course, this caused quite a stir, as it introduced a huge new source of uncertainty into the proceedings. In addition to the stress of trying to complete his round on an incredibly difficult course, Johnson was also faced with the mental strain of not really knowing his actual score, and the amount of his lead against his competitors. At the time, he was 5 under par with a 2 stroke lead against his closest competitor – but was he really? Or was he really only 4 under with a 1 shot lead? Likewise, were his competitors feeling that they needed only 1 birdie to tie him, or two? Should they adjust their game plan, and approach to the course accordingly?

As this story unfolded, the most interesting development to me was the change in the level of play among the field after this happened. Faced with this new uncertainty, both Johnson and his nearest competitors promptly “tightened up”, and began hitting loose shots, missing putts, and playing as though they couldn’t handle the pressure. Johnson promptly made a bogey on the 14th hole. His closest adversary, Shane Lowery, finished the last 5 holes in 3 over par. Sergio Garcia was also in the hunt, but made 3 bogeys in a row.

The stress of uncertainty has a way of “throwing us off of our game”, and creating distraction that can lead to poor performance and bad decisions. This affected all of the significant contenders, but Dustin Johnson won in the end because he was the player who was best able to gather himself, ignore the uncertainty of the future, and focus on the present moment. He demonstrated the best ability to remain concentrated on the discipline of hitting one shot at a time, and although he stumbled with a bogey on the 14th hole, he got back on track and finished the final 4 holes in 1 under par to win the title.

There is an old axiom among Wall Street pros that “Uncertainty Breeds contempt”. Just like the uncertainty of Johnson’s penalty caused the “wheels to come off” for the leading contenders for the US Open, uncertain political global events can cause investors to lose control of their emotions, become distracted, and lose their discipline.

Of course, last night’s referendum in the U.K. is a perfect example of this. As you are no doubt aware by now, yesterday the British citizens voted to exit the European Union, which was an unexpected development that has generated significant uncertainty. Many investors were not expecting this result, and as a result have been caught “wrong footed” and off guard in their investment positions. Global markets have been extremely volatile in the last 24 hours, particularly in the currency markets and the European stock markets. This vote has created a huge amount of uncertainty, and it is causing investors to come unglued a bit today.

It is at times like this when it is important to do what Dustin Johnson did – to gather ourselves, take a deep breath, keep our emotions under control, and focus on our disciplined approach. It is important to remain present, and focus on the realities we do know, instead of becoming overly emotional and fearful of the uncertainty of the future we don’t know.

It is during times like this that I most appreciate the use of price data as a means for making investment decisions. While the fundamental picture is quite murky and uncertain, the empirical nature of technical analysis is a great way to take the emotion out of investment decisions and focus our attention on a disciplined approach. Price data and charts provide us with a clear and indisputable picture of the current situation as it exists, and allows us to base our decisions on the reality of what is happening now, as opposed to the uncertainty of a future forecast. I find it to be a great way to remain present, and react to market realities as they present themselves.

Fundamentally speaking, the “Brexit” is likely to cause a great deal of short term global and economic uncertainty, as Europe grapples with the multi-year process of the exit. In the short run, this movement will cause significant dislocations within Europe, but also will present significant opportunities.

In the longer run, it is our sense that this vote may signal the “beginning of the end” for the European Union, and may lead to the eventual dissolution of the EU. In recent years there have been increasing calls from many corners of Europe to break up the EU, and many European nations have even been dealing with separatist movements within their own countries. We expect those movements to grow stronger as a result of this vote, which may mean the beginning of a long process of the eventual breakup of the EU. However, it is our view that the EU was an awkward creation in the first place, and that its eventual breakup has been inevitable for quite some time now. In fact, it may end up being the best thing that could happen in Europe, and in particular for the Brits. Matt Ridley of the Wall Street Journal makes that case quite eloquently here:

The Business Case for Brexit
Britain will thrive outside the EU, free from Brussels’ regulation and empowered to cut its own trade deals.

As we look at the technical and price related data, today’s trading is likely to have some impact on the picture we have been seeing in recent months in our relative strength work. In recent weeks, this research has displayed an extremely low level of dispersion among the relative price momentum between Bonds, US Stocks, Cash and Commodities, while International Equities have been bringing up the rear for some time. After today’s market action, it appears clear that International Equities will continue to struggle, and US Stocks may lose some ground to Cash and Bonds. Because the dispersion of these asset classes has been so low lately, it won’t take much in the form of relative price strength to enable cash and bonds to establish trend leadership – so far the trading indicates this may happen.