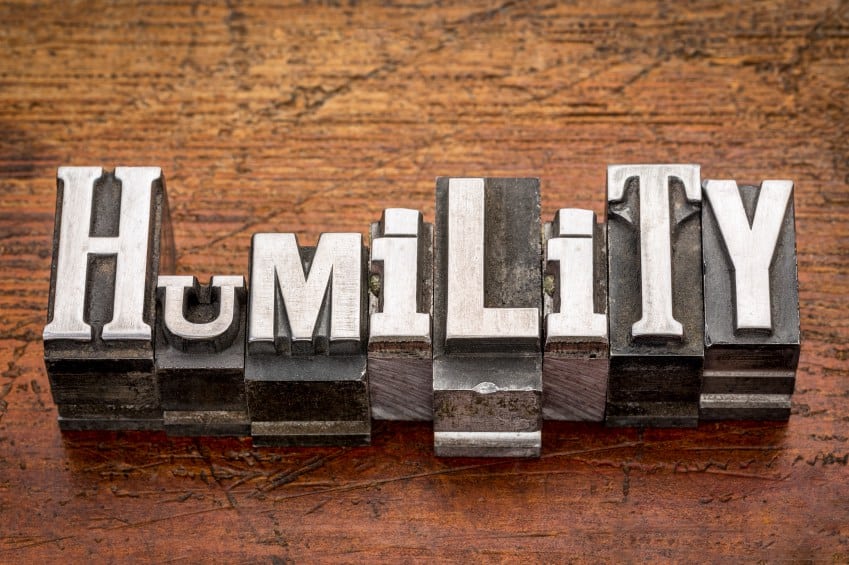 In last month’s article, we focused on “chasing performance” as one of the biggest mistakes to avoid for anyone who wants to become a great investor. This month we focus on a similar, but slightly different quality…Great Investors Are Humble

To become a great investor, one must have a healthy acceptance of the fact that investing is essentially an exercise in managing uncertainty about the future, and is an “inexact” science at best. Great investors understand that there is a limit to the effectiveness of analyzing current information about the world, as a means to make future judgements about asset prices. Although hard work and research are critical parts of the investment decision-making process, they do not guarantee a favorable outcome. More importantly, great investors recognize the limitations of their own intelligence, insight and skill as reliable tools in making effective decisions. There is no “black box”, and even the smartest and most skillful investors will struggle with predicting an uncertain future.

No matter how smart, or skilled the investor, it is wise to never overestimate your ability to be “right” every time, and the wise investor makes healthy allowance for the possibility of being wrong.

The quickest way to identify a wise, intelligent and skilled investor is to weed out the arrogant ones.  Unfortunately, smart people know they are smart and often succumb to the character flaw of arrogance.  But pride comes before the fall, and since you don’t want to fall, it is wise to be brilliant but humble.  The simplest way to weed out the arrogant is to discount any expert who makes predictions.  The world is way too complex for any individual to meaningfully grasp the future, the analytical power just isn’t possible in a single human brain.

A humble approach would consist of warnings or probabilities, rather than predictions.  A wise thinker will know what to watch out for and will admit to factors that might mitigate the trends he observes.  A wise thinker not only sees potential hazards but has a positive and clear vision for the good that the economy and markets can achieve. Such an investor sees more than just the pitfalls ahead but has a realistic view of what to hope for, and how to get there.

A Pundit or a Pro

I recently read a great blog by Charlie Bilello, which makes the distinction between a “pundit”, and a “Professional” in the investment industry.  He raises several distinctions which highlight the difference between an arrogant investor focused on making predictions, and the humility of a professional investor.

The Pundit seeks out only opinions that confirm their views.
The Professional seeks out all evidence, even if it runs contrary to their views.

The Pundit believes they know everything.
The Professional knows they know nothing.

The Pundit seeks to inform.
The Professional seeks to educate.

The Pundit sees everything in markets as black or white.
The Professional understands there is often a gray area.

The Pundit has a prophecy.
The Professional has a plan.

The Pundit has an answer for every question.
The Professional is often saying “I don’t know”.

The Pundit is an entertainer.
The Professional is an educator.

The Pundit provides a reason for every wiggle in the market.
The Professional provides evidence of randomness and noise.

The Pundit lectures.
The Professional listens.

The Pundit is thinking about the next day.
The Professional is planning for the next decade.

Pundit or Professional? The choice is yours.

The very best investors have a disciplined approach to making portfolio decisions, and always stick to their plan, no matter what the rest of the world is doing.  They make a rational assessment of the present conditions which are being presented, and attempt to position their investments to take advantage of those conditions, with a healthy respect for the limitations on their ability to predict the future.