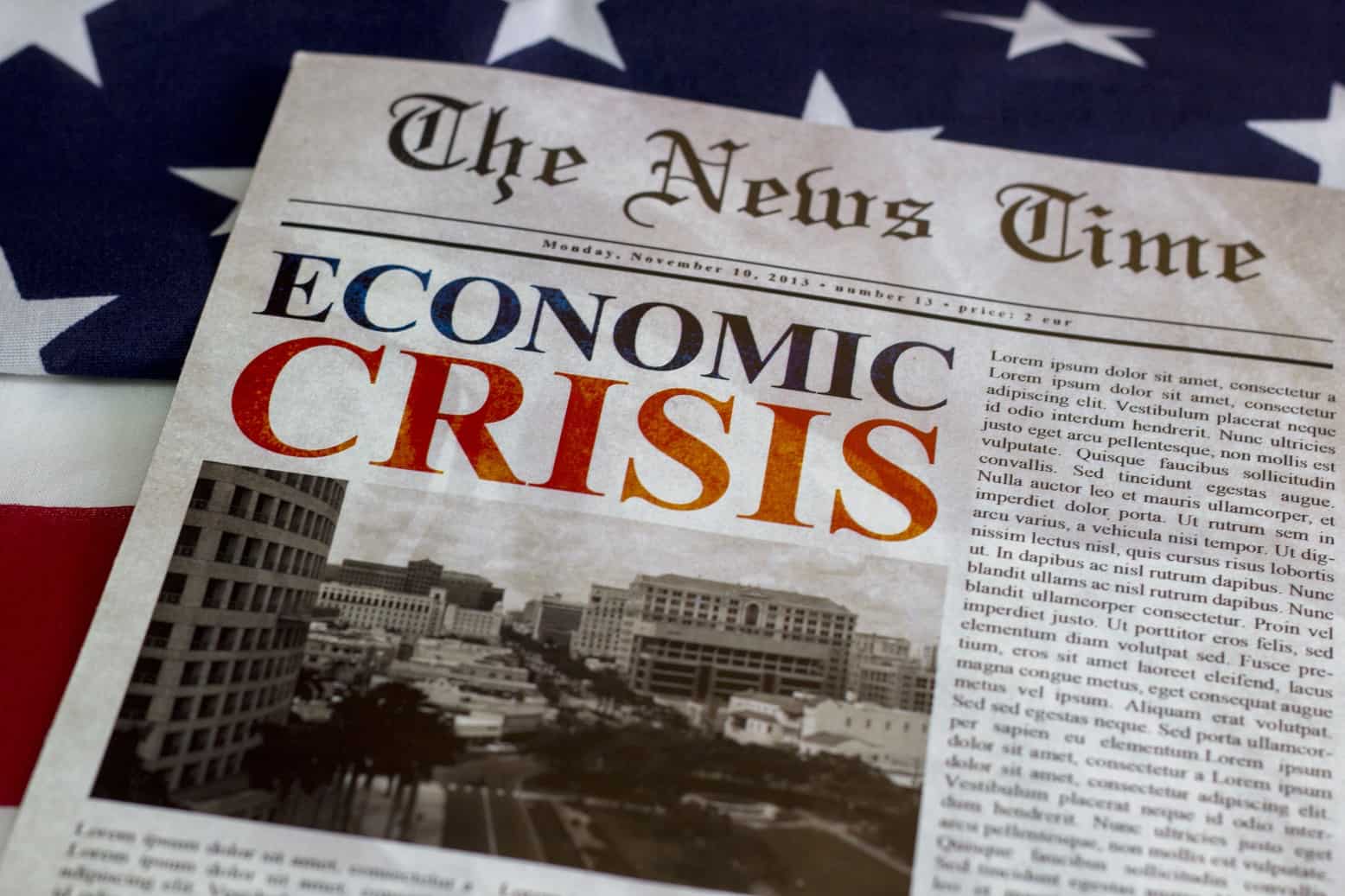 “Among the four most dangerous words in investing are ‘This Time is Different’.”
– Sir John Templeton

In last month’s article, we discussed the impact of human emotions on investment decisions. This month, we discuss why great investors should “celebrate” an important anniversary – the 2008 financial market crash and subsequent recession.

This month the world celebrates the anniversary of the “End of the World” that never came, and great investors everywhere can celebrate the most useful history lesson of our generation. May we never forget this anniversary and the lessons it taught us.

Ten years ago this month, it seemed an absolute certainty that the world as we knew it was coming to an end, and that the economic and financial fabric that makes our American quality of life so incredible was being torn to shreds. First, stocks were in a bear market. By mid-September of 2008, the S&P 500 officially hit “bear market” territory and was down roughly 20 percent from its high point in October of 2007. But, the fun was only just beginning.

In late September of that year, Lehman Brothers, an iconic and highly respected 150-year-old financial institution with $600 billion in assets, suddenly filed for the largest bankruptcy in the history of the U.S. The next day, the S&P 500 tanked by 4.5 percent in a single day. On that same day, the unthinkable happened: One of the oldest and largest money market funds in the nation “broke the buck,” and traded for under $1, signaling that even the very safest of assets was in peril. The following day, the enormous insurance company AIG, failed and was bailed out by the federal government for almost $200 billion. In the matter of a week, the global credit and lending markets virtually froze to death and almost ceased to function.

Over the following year, things got truly ugly for the American economy, stock market, and housing market. The unemployment rate hit 10 percent, the stock market crashed by 57 percent from its peak, home prices tanked, and mortgage defaults and bankruptcies soared. Anyone who lived through this likely remembers it as the most terrifying economic crisis of our time, fueled by constant and relentless reporting from the media that the end was near for the American way of life.

This Time is Different

The crisis of 2008 was not the first time that the American economy and asset markets went through a tough time. Nasty bear markets and recessions have come and gone over our nation’s 250-year history, most notably the Great Depression, which was the mother of all crises. History shows us that all of those episodes, even the 1929-1932 crisis, eventually passed and yielded to much better times and new highs in stock prices and economic activity. But in 2008, it was easy to believe that this time the world really was coming to an end.

Then something happened that almost nobody expected: things started getting better, and the economy and markets started to recover. A study of capital markets reveals that the average bear market in stocks has taken roughly 40 months to travel the “round trip” from market high to terrifying low and back to “break even” at the prior high again. Almost right on schedule, the S&P 500 surmounted its previous (October 2007) high point in February of 2013. And then, miracle of all miracles, it just kept on going.

Today, the S&P 500 stands about 185 percent higher than the highs of 2007. The federal reserve recently reported that household net worth is at an all time high, almost 50 percent higher than it was in 2007. Household debt as a percentage of assets is at a 30-year low, and the unemployment rate has plummeted from 10 percent to less than 4 percent.

The generational lesson this anniversary teaches us is that the world actually does not end, it just acts like it is ending about every decade or so. No matter how much we are tempted to believe that “This time is different”, and that this crisis is the one that will be the final nail in our coffin, it is not. This time is never different. It will serve us well to remember that the next time the world looks like it is ending and the media is squawking about how terrible things are.

When Will It Happen Again?

Harry S. Truman once said that, “The only thing new in the world is the history you do not yet know.” Truman was wise to understand that history rarely presents us with new challenges or opportunities, it simply repeats the same challenges and opportunities across different generations. With this in mind, it is not a matter of if a crisis like 2008 will happen again, it is a matter of when it will happen.

Although we would never be so arrogant as to make a prediction about how markets and economies will act in the future, or when the next crisis will surface, we have an idea that may be worth considering.

One of the most regrettable aspects of the economic and stock market recovery of the last ten years is how many people have missed it, as this market has been known as “The most hated bull market of all time.” As we have written about extensively in the past, legions of investors were scarred by the experience of the Great Recession and decided to throw in the towel on equities, vowing to get out and never to invest in the stock market again.

The latest evidence of this is a new survey by bankrate.com, which finds that a full 30 percent of adults between the ages of 18 and 37 prefer to put away money for ten years or more into savings accounts and CDs, instead of investing in equities. Such is the power of recency bias and the generational scar that catastrophe seared into the psyches of an entire generation of young people. These young people do not trust the stock market, and they continue to wait for the other shoe to drop, happily investing in low rate money market funds while the stock market soars.

Although we don’t have a crystal ball, we at Concentus firmly believe that no major stock market top can occur until all of these people love equities, scrambling to invest every last dollar. Markets truly do “climb a wall of worry,” and no meaningful bear market is born into a world that is skeptical of equities. Bear markets start when investors are euphoric about the prospects for their stock portfolios.

Let us know when all of these young people are in the market, as that will be the time to worry.

The very best investors have a disciplined approach to making portfolio decisions, and they always stick to their plan, no matter what the rest of the world is doing. They maintain an adult memory of the history of both panic and euphoria, with a healthy understanding that a well-designed written investment and financial plan will get them through both.