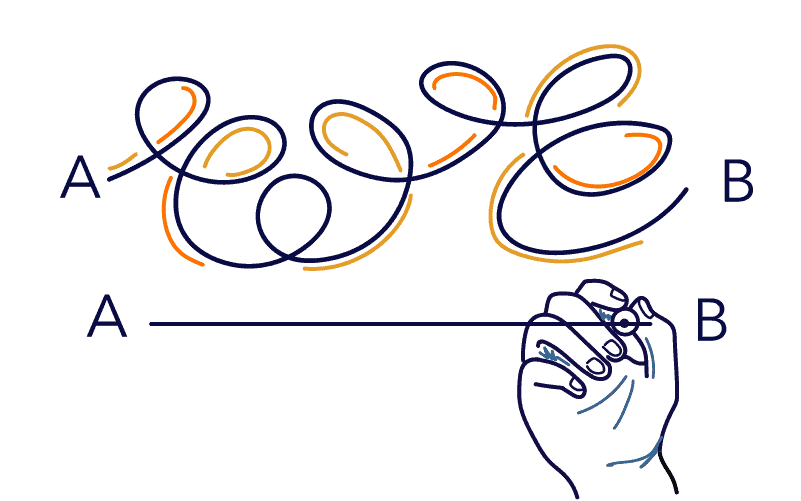 “A good summary of investing history is that stocks pay a fortune in the long run but seek punitive damages when you try to be paid sooner. Virtually all investing mistakes are rooted in people looking at long-term market returns and saying, ‘That’s nice, but can I have it all faster?’”

In last month’s article, we explored how human nature causes us to make so many unforced errors. This month, we review why investors are best served to keep it simple and remain patient.

Simplicity Is The Ultimate Sophistication

Harold Varmus was the director of the National Cancer Institute when he gave a speech in 2013 describing how difficult the war on cancer had become. Varmus said, “There’s a paradox that we must now honestly confront. Despite the extraordinary progress we’ve made in understanding the underlying defects in cancer cells, we have not succeeded in controlling cancer as a human disease to the extent that I believe is possible.”

Varmus went on to explain that he felt one of society’s biggest problems is that we focus too much on cancer treatment and not enough on cancer prevention. If you wanted to make the next big leg up in the war on cancer, you had to make prevention the top priority.

The problem is that prevention is boring, especially compared to the prestige of major scientific breakthroughs in cancer treatments. Varmus felt that, even knowing how important prevention is, it’s hard for smart people to take it seriously.

MIT cancer researcher Robert Weinberg once identified the same issue this way, “If you don’t get cancer, you’re not going to die from it. That’s a simple truth that we sometimes overlook because it’s intellectually not very stimulating and exciting.”

Breakthrough drugs are amazing, and we should thank God for the scientists who dedicate their lives to developing them. But there aren’t many more effective ways to beat lung cancer than the boring, unsophisticated advice of telling people to quit smoking.

And the same “preference for complexity” hurts investors too, doesn’t it?

The solution to 90 percent of most people’s financial problems is to save more money and be more patient. Nothing is more powerful or more capable of moving the needle for most people, but it’s so boring.

Patience is a rare virtue in today’s busy world, and in many ways, the growth in “on-demand” communications platforms has led to a huge loss in the collective attention span of the human race. However, as we can learn from nature, there is great danger in being impatient and expecting “too much, too fast.”

Here’s how often the market generates a positive return based on holding period:

As this chart clearly shows, there is an optimal and almost “fail-safe” investing time horizon – right around ten years. That’s the period in which markets nearly always reward patience. The more your time horizon compresses, the more you rely on luck to beat the odds.

When Buffett was asked what happened to Rick, he explained that he had been highly leveraged and got hit with margin calls in the 1970s bear market. He said, “Charlie and I always knew that we would become incredibly wealthy. We were not in a hurry to get wealthy; we knew it would happen. Rick was just as smart as us, but he was in a hurry.”

Don’t be in such a hurry.

The Next Big Crash

Here is a way to think about what it takes to be a truly patient investor, and to have the temperament that will earn you the right to reap the rewards of the equity market.

The S&P 500 has been a very rewarding investment over the last 100 years. In fact, just since World War II ended, the S&P 500 is up by over 200 times, and the cash dividend paid on that investment is over 65 times higher. Someone who invested $1,000 on the day WW2 ended has a portfolio worth over $200,000 today. Investing for 75 years is a very long time and requires a lot of patience, but it has been quite rewarding.

Fortunately, for an investor with the temperament to remain patient while that was happening, the portfolio fully recovered by just about five years later, in the middle of 2013 (including dividends). Today, it’s worth about $2.6 million.

In order to achieve the patience to be a successful equity investor, one must have the temperament to be willing to go to bed every night, knowing a bear market could happen again.

Do you want to compress time and achieve your rewards faster and with less stress? Perhaps you could try to predict when the next big bear market is coming. Maybe you think that time is now because you heard on CNBC that the market is overvalued. You might be right; successfully go to cash, and then swoop back in when stocks are low and achieve an outsized return. You might get your reward fast.

Then again, there were millions of investors who had that exact same idea last spring when it seemed obvious that the coronavirus was going to cause stocks to crash even further. Many of those investors sold their portfolios last March when the S&P 500 was about 85 percent lower than it is today. Many of those investors are still sitting in cash, wondering what to do next.

There is a graveyard of failed investors who tried to grow too fast, attempting to reap a decade’s worth of rewards in a year or less, learning the hard way that Mr. Market doesn’t like it when you try to use a cheat code – he usually punishes the impatient.

Save more money and be more patient. We can help you stay on course.

It’s human nature to immediately fix a problem when it’s not going our way, but an equity investor worthy of the name understands patience. And, if you need help staying the course, we’re here to guide you.
CONTACT US TODAY
By Erik Strid|2021-05-20T09:11:51-04:00May 18th, 2021|Blog, Great Investors Series|