Is This Time Different? 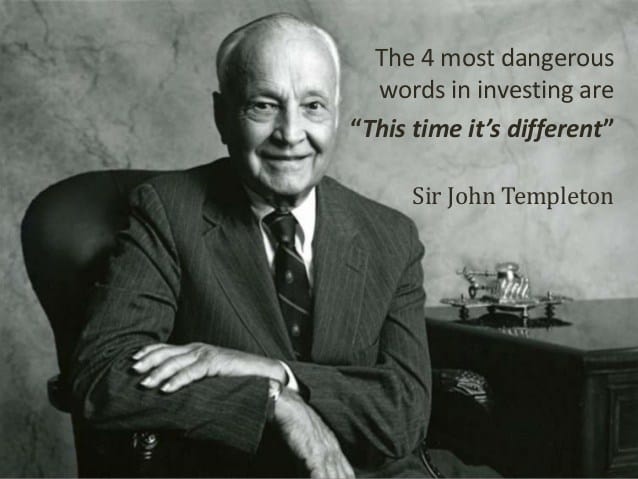 Last week I spent a little time reviewing some year-end investment research, and came across a set of statistics that surprised me. Specifically, I saw a chart which depicted the historical returns of the S&P 500, through the end of 2016. Did you know:

These numbers seemed low to me, so I did a little digging to figure out why. Obviously, the twin bear markets of 2001-2002, and 2008-2009 had some impact on these long term numbers, so I was curious to understand the actual impact of these bear markets. What I found answered my question, but was also an eye-opening statistic:

The History of Capital Markets

Historically, the S&P 500 has delivered a return which is significantly higher than investors have enjoyed in the last 20 years.

In fact, Ibbotson Associates is a firm considered to be an authority on historical return information, and their data tells us that the average annual return for the S&P 500 going back roughly 75 years to World War II has been just about 10%. Jeremy Siegel, a finance professor at Wharton, provides even a longer term perspective. According to Siegel’s famous book “Stocks for the Long Run”, stocks have returned 8.1% per year on average going all the way back to 1802.

Whichever number we choose to use, the last 20 years have been a bit of a disappointment compared to the long term history of markets.

Reversion to the Mean

In studying long term market returns and statistics, most analysts commonly believe in the mathematical concept known as “reversion to the mean”. This concept is defined as:

Reversion to the mean, also called regression to the mean, is the statistical phenomenon stating that the greater the deviation of a random variate from its mean, the greater the probability that the next measured variate will deviate less far. In other words, an extreme event is likely to be followed by a less extreme event.
Source: Wolfram MathWorld

When applied to long term investment returns, this concept basically suggests that, when markets experience a prolonged period of returns which are significantly lower, or higher than the long term average, one can expect that returns in the coming period of years will correct back in the opposite direction, in order to remain consistent with the long term average.

In other words, over a 30 year period of time, one may reasonably expect that the S&P 500 should provide an average annual return of something close to the long term average return of 8% -10%.

This Time is Different?

This historical return data must bring us to one of two possible conclusions:

If we believe in mean reversion, especially over a very long period like 30 years, then the next decade of stock market returns have a high probability of being “above average”. Given the last 20 year return for the S&P of 7%, if the S&P 500 is to achieve the long term average return of 8.1% over the 30 year period from January 2000, the next decade must, by definition experience a return of greater than 8.1% per year.

We may believe that the long term average returns for stocks no longer pertains, and that something has fundamentally changed in the world economy and American Capitalism, which will make it very difficult for stocks to live up to their long term averages. In other words, that “This Time Is Different”. We might presume that John Templeton would disagree with this conclusion.

Of course, this is not a prediction for market returns, or even a projection of the future. I have no better idea than anyone what market returns will bring in the next 10 years. In fact, there is historical evidence of 30 year periods which have fallen short of the long term average, although such periods are relatively rare. It is simply to suggest that the probability of a favorable decade may be greater than usual, which may come as welcome news to many.