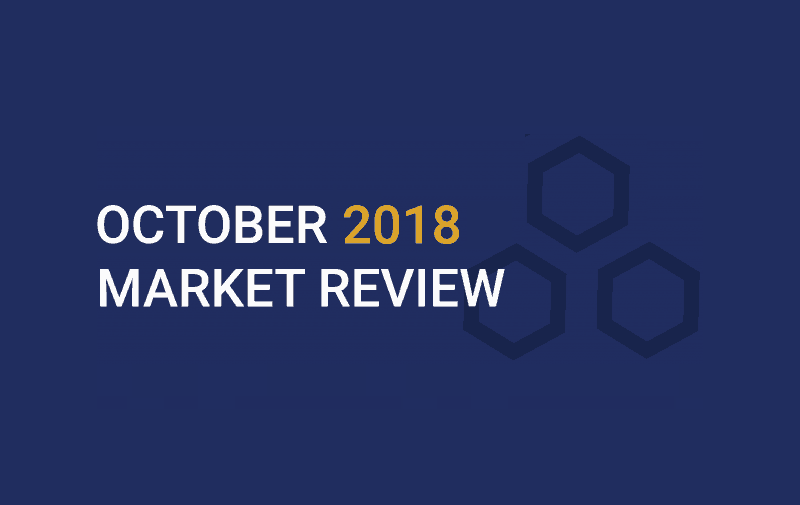 October was surely an ugly month for stock and bond investing alike. In just the first three weeks of the month, stocks fell into correction territory, which is defined as a dip of 10 percent or more from the peak. Bonds also fell by approximately 1 percent.

This may have come as a surprise to many investors, as the stock market correction was swift and violent. But make no mistake, we agree with Brian Wesbury’s comment that “It’s a correction, not a recession.”

It’s a correction, not a recession.

As we review conditions in the early days of November, the equity market has consequently rebounded. Market commentators and pundits have tried to pinpoint the reasons for October’s swoon. Many of them have blamed the midterm elections, slower economic growth, and higher interest rates. No one can know for sure, but higher interest rates continue to be at the top of mind for investors as the primary risk that could derail the bull market and send the economy into recession.

Clearly, interest rates have risen and continue to rise (see the ten-year Treasury rate chart below), and the Federal Reserve has been deliberate in messaging higher rates. But, what does this mean for investors?

We believe higher rates are good for equity markets. They do pose a headwind for bond investors because bond prices are inversely correlated to the direction of interest rates. But now that rates are finally rising from historically low levels, investors seeking income will be better compensated for lending their money (another way of saying buying bonds). After a decade of being punished, savers will now be rewarded for saving.

Now, here is one of our favorite market commentators, Charlie Bilello:

In fact, history tells us that stocks react positively to rising-interest-rate environments. Charlie points out above that during rising-rate environments, stocks have returned over ten percent historically. This is likely attributable to an expanding economy, as we are currently experiencing domestically. So, the next time you hear that higher rates are bad for stocks, keep in mind that stocks have actually performed better than average during periods of rising interest rates. And during the “other” period of falling rates, stocks still rise over eight percent. The bottom line is that stocks build wealth no matter the interest rate environment.

Finally, we thought this was an interesting stat and worthy of your attention, as it piqued our interest to know just how mundane and repetitive the stock market has been over long periods of time.

Remember that history is always on our side with the stock market.