All we need is just a little Patience 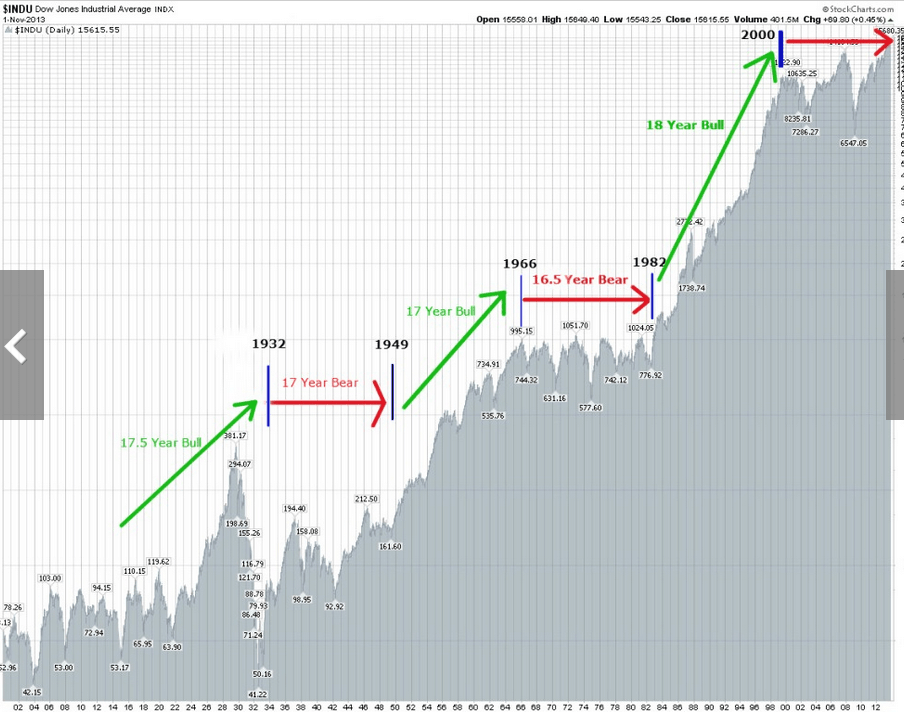 “Said take it slow, it’ll work itself out fine…  All we need is just a little Patience”
– Axel Rose

In last month’s article we focused on Optimism as one of the most important mindsets which is absolutely critical for anyone who wants to become a great investor. This month we focus on…Patience

To become a great investor, one must always remember that asset prices move to their own time clock, and that good things come only to those who wait, and keep their discipline. The corollary of this rule is that most of the really important investment mistakes one can make usually come as a result of becoming emotionally impatient with your investment portfolio, and feeling a need to “just do something” at precisely the wrong time.

Patience is in Short Supply Today

We live in a world which makes it difficult to employ a patient, disciplined investing approach. Investors today are subjected to a constant barrage of tweets, posts, blogs, articles, and TV clips of “late breaking news” about investment markets and strategies, which make us all constantly feel the imperative to “just do something” in our portfolios, or we will miss the boat. The immediacy of short term performance comparisons have compressed most investors’ time horizon down to a quarter or less, and the frenetic pace of media messages have caused many to lose sight of the long term goals they are investing for in the first place.

Of course, this situation is not helped today by the fact that the stock market has been stubbornly flat for some time now. As you can see from the chart below, the S&P 500 has been effectively “range bound” for 17 months. The S&P opened the year 2015 at roughly 2080, spent most of the first half of last year bouncing around just above 2,100, then corrected down to 1860 in August, and ran back up to 2110 in November. In January of this year the S&P again failed to 1820, only to finally rally back to roughly 2105 at the time of this writing. The net result: a move from 2080 to 2105 in the 17 months since January of 2015 – not much to get excited about.

The S&P 500 appears to be in “neutral”, and cannot quite muster the energy to make a meaningful charge above the 2,100 level, a fact which is causing many investors to become frustrated and impatient.

My First Lesson in Patience

A lack of patience can lead to a variety of investor mistakes, but one of the worst is that impatience can cause us to fall prey to our natural inclination to allow our emotions to “extrapolate”. Basically, this is a basic human tendency to mistakenly draw long term conclusions from short term experience – we all have a natural tendency to “extrapolate” what is happening now, indefinitely into the future.

Extrapolation can do harm to our portfolios in two ways, both of which I can clearly identify from my own personal experience.

In one version of extrapolation, bull markets can fool us into thinking that trees do in fact grow to the sky. For the latest example of this, I can remember clearly the prevailing mental attitude in late 1999, in which investors honestly believed that annual equity returns of greater than 20% per year were guaranteed to anybody who had the “foresight” to simply invest your entire portfolio in telecom and “dot com” stocks. That belief did not end well for many investors.

However, today’s version of impatience reminds me much more of the environment when I first started my professional investment career, back in 1993. At that time, stocks were almost 10 years into one of the greatest bull markets of all time, which had taken the S&P 500 up almost four-fold since 1982. However, the recession and market correction of 1990-91 had caused investors to become somewhat skeptical, and many began to believe that “the party was over”, and tougher times lay ahead.

I passed my Series 7 exam and became a licensed advisor in March of 1993, and for the first 22 months of my career, nothing very good happened. I can recall clearly when Alan Greenspan began to tighten monetary policy and raise interest rates in 1994, which led to a bond market collapse, and rampant fears that the Fed was going to bring the economic recovery to a grinding halt. Watching the stock market felt like watching paint dry – nothing was happening, and it felt like stocks were stuck in the mud. Between March of 1993 and January of 1995, the S&P 500 traded from roughly 453 to 469: a move of only about 3.5% in almost 2 years!

That year reminded me much more of the environment today, because it was not so much panic and fear that were impacting investor psychology, it was boredom and impatience. It seemed that stocks were going nowhere fast, and were going to stay that way for a very long time. Investors weren’t overly fearful, but there also seemed to be no real catalyst on the horizon which could cause stocks to go up in any meaningful way either. In short, investors began to extrapolate “flat” stock market performance indefinitely into the future.

Of course, who knew we were on the brink of one of the most explosive bull market periods in history, as the S&P more than tripled in value in the years between 1995 and 2000?!

We at Concentus follow the work of an author and industry consultant named Nick Murray, who wrote in his book Behavioral Investment Counseling:

The fact that markets aren’t doing what you want them to do – when you want them to do it – is not an indictment of the markets. Nor is it and intelligent basis for significant changes in your investment policy. It (or the degree of your vexation with it) is nothing more than a focal point for your own inappropriate impatience.

All you can ask of your asset allocation model and your portfolio composition is (1) that they are appropriate to the realization of your long-term financial goals in that (2) they have historically resulted over time in returns which can adequately fund your goals. You cannot ask them to be doing those things all the time, because they just won’t.

I can’t know WHEN it’s going to turn out all right.

I just know THAT it’s going to turn out all right.

Long term financial goals demand a long term perspective. Most of our clients are investing for retirement, which is likely to last 30 years for most Americans. You are also investing to educate your children and grandchildren, to create multigenerational wealth, and to endow the charities you care about with gifts after you have passed away. These are important life objectives that unfold over a lifetime, so your investment plan should be allowed to take its time too!

This month I have been doing a lot of thinking about the importance of taking a long term perspective in investing, so I thought I would brush up on an old market theory I have heard many times, which relates to market cycles over the very long term. I have long been fascinated by an old Wall Street theory that markets tend to cycle in bullish and bearish periods lasting roughly 17.5 years in length.

There are several versions of this theory, but essentially there is a belief that over the very long run, investors can expect that every 17 to 18 years, the stock market will shift from a bullish trend to a bearish trend, and then back again. Since it is true that “a picture says 1,000 words”, the chart reproduced below tells quite a story:

To put this chart in performance terms, I did a little research on the history of the S&P 500 going back to the year 1929, and found an interesting history:

(Please note these numbers include only the price return of the S&P 500, and ignore the impact of dividend return. All levels of the S&P 500 are expressed in year-end values)

I have learned that historical trends, while interesting, are not 100% reliable, and market theories like this one always work – until they just stop working. One never knows when a trend like this will end. However, this trend is quite interesting, and could hold exciting implications for investors over the next 17 years if it continues!

If you want be a successful investor, remember to be Patient. Rome was not built in a day, and your investment portfolio wasn’t either. We must always remember that things will work out fine for investors who stay the course, and remain disciplined, in good times and in bad. Even though we don’t know WHEN markets will provide us with rewards, we do know that EVENTUALLY they will.