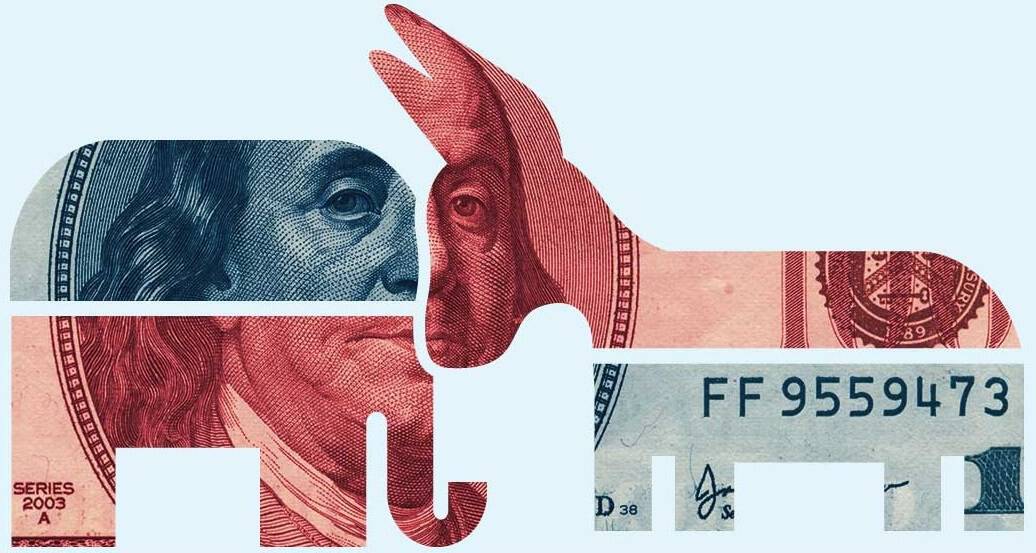 “Do not resign yourself to this battle. Do not see investing as some kind of Sisyphean exercise, in which you are tragically fated to roll the rock of your wealth up the hill in rising markets, only to watch it roll down again when markets crash. Believe that you can triumph, and that all you need in order to succeed beyond your wildest dreams is out there – lost in the darkness of ignorance and fear – waiting for you to shine a light on them.”
– Nick Murray

The US stock market has been in an impressive bull market for the last year or so, which has taken many investors by surprise. In fact, the recent run in stock prices has been called “the most hated bull market in history”, as many investors don’t trust the market these days, or believe the reasons why it is increasing.

The US stock market has been in an impressive bull market for the last year or so, which has taken many investors by surprise. In fact, the recent run in stock prices has been called “the most hated bull market in history”, as many investors don’t trust the market these days, or believe the reasons why it is increasing. In particular, it seems that most investors have been taken totally off guard by the rally in stock prices since the US Presidential election on November 8th (since that time, the S&P 500 is up roughly 11%).

Regardless of your politics, most Americans seem to believe that the election of Donald Trump was bound to cause a great deal of global uncertainty, and that uncertainty would be bad for stock prices. Most clients we talk to these days are having trouble believing that the market can keep going up, given the instability of the political scene we all see on the evening news every day.

Our research partners at Dorsey Wright recently published a wonderful article about the dangers of conflating our investment decisions with our politics. The following is an excerpt we found particularly valuable:

I like politics, and I love investing. But I run from anything conflating the two.

Earlier this week Bloomberg reported that Americans recently broke the American Psychological Association’s anxiety meter for a record level of stress.  You read that right.  No, this is not from late 2008.  This is from January 2017.

“The results of the January 2017 poll show a statistically significant increase in stress for the first time since the survey was first conducted in 2007,” the APA said on Wednesday in a report on the survey of 1,019 adults living in the U.S., conducted from Jan. 5 to Jan. 19 by Harris Poll.

Americans’ stress levels in January were worse than in August, in the middle of the angriest, most personal campaign in recent memory, when some believed the anxiety would abate after the election. At 57 percent, more than half of respondents said the current political climate was a very or somewhat significant source of stress. Stressors for everyone, including Republicans, were the fast pace of unfolding events and especially the uncertainty of the current political climate, said Vaile Wright, director of research and special projects at the APA.

When I read that article I couldn’t help but think back to something that The Motley Fool wrote last year as it relates to the problem of conflating politics and investing:

Not only do most of us have emotional opinions about who should/shouldn’t run the country, but we unfailingly overestimate how much influence presidents have over the economy and stock market. When presidents do impact the economy, good luck guessing how markets will respond. Lots of smart people predicted that Barack Obama’s spending plans meant surging interest rates and a collapsing dollar.

Growing the economy means getting everyone to win, whereas politics by definition means getting the opposing party to lose. Rationality melts when you set up this kind of my-team-versus-yours dilemma. Psychologist Geoffrey Cohen showed that Democratic voters supported Republican proposals when they were attributed to fellow Democrats more than they supported Democratic proposals attributed to Republicans, and vice versa. Imagine the same part of your brain analyzing investments. It’s a disaster.

Thus, the power of an emotionless method of investing.

One of the pillars of our capital markets philosophy at Concentus is that we firmly believe that uncertainty – in the markets and in the world – is the only certainty. Most people mistakenly believe that the world is periodically moving from periods of uncertainty to periods of certainty, and that all we have to do is wait for the next period of certainty to get here, so that we can invest and manage our portfolios with a clearer picture of the future.  In the current environment, people are tempted to think…“if only we had a more stable president, things would be more certain, and my investing decisions would be easier”.

Popular culture and the financial media have taught us all to believe that markets are ruled by this chaos and unpredictability, and that any order we might perceive in the markets may cease to function at any moment in time. Although markets may appear unpredictable and chaotic to us, we must accept the possibility that perhaps our emotions may be causing us to misunderstand the chaos, and that it is in fact just part of a larger order which we do not yet understand, and therefore fear. As Nobel Prize winner Marie Curie said: “Nothing in life is to be feared.  It is only to be understood”.  The capital markets are never to be feared.  They are only to be understood.

We thus counsel rationality under uncertainty, which just means that history is the best guide – if not the only guide – to the long term future. Our firm is guided by two famous quotes.  One is from President Harry Truman, who said “the only thing new in the world is the history you do not know”.  The other is from legendary investor and philanthropist Sir John Templeton who said “Among the four most dangerous words in investing are “this time is different”.