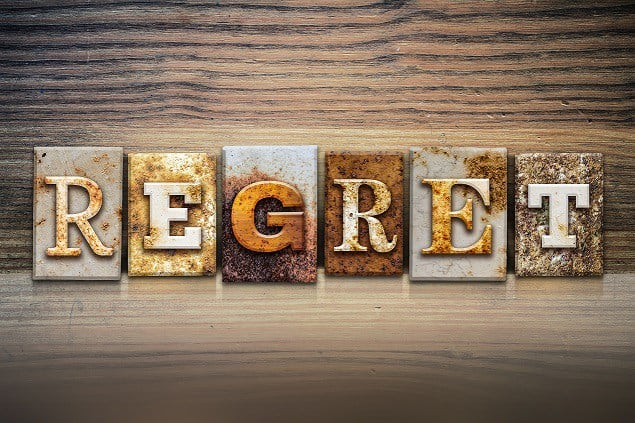 Last week I had a meeting with a new prospective client that got me thinking. This gentleman recently sold his company, and had the good fortune of receiving a multi-million dollar payday, so we were meeting to discuss his financial and investment planning. We discussed the merits of investing his capital in the equity market, and he agreed heartily that ownership of a portfolio of great companies would be the best way for him to sustain his income, and maintain his wealth, over the next 30 years of his retirement. However, he had only one condition for the implementation of his investment plan: He wanted to hold off on investing his cash into the equity market until stock prices pull back, because, after all, “a major crash is inevitable.”

Any time I hear any investor use the word “inevitable” with respect to the investment markets, the hair on the back of my neck stands up, and I get a queasy feeling in my stomach. Over my 25-year career, the stock market has grown by roughly five times its value, but over that time I have had far too many discussions with clients about the “inevitable correction” lurking just around the corner – especially in the last five years.

One such situation provides a cautionary example:

Our team was referred to a prospective client in the summer of 2016 (we will call him Tom to protect his real identity). As soon as we met with Tom and discussed his long-term goals, our team began developing his financial plan and Wealth Policy Statement. Tom was holding several million dollars in cash in his portfolio, and our plan called for investing the bulk of that cash into equities. Tom agreed with our recommendations, strongly believing that equity ownership would be a superior way for his family to grow and protect their wealth over time.

However, Tom also wanted to be cautious about the timing of his investment into the stock market. After all, by the summer of 2016 the stock market had been rising for seven straight years without a bear market, and was up about 200 percent since the lows of 2009. The geopolitical situation was looking very murky with the pending presidential election in the U.S., as well as the recent Brexit surprise in Europe. And, worst of all, Tom had heard on CNBC that the “Price to Earnings Ratio” of stocks was way too high and stocks were far too expensive. Faced with all of this uncertainty, Tom decided it was best to wait for the “inevitable” crash in stock prices, which was surely coming, before implementing our plan.

Over my career advising clients about investing, I have learned that the dominant factor in real-life, long-term financial outcomes is not so much investment performance, as it is investor emotions. I have also come to believe that there is one emotion that has by far the most powerful influence on investors. It isn’t fear, and it isn’t greed. It’s Regret.

I don’t know how Tom is feeling these days because we disengaged from him soon after he decided not to follow our investment advice. However, I have a strong feeling that he is feeling a healthy measure of regret today and is spending a lot of time thinking about all of the money he could have made. He probably also has no idea what to do next – after all, he is still sitting on a pile of un-invested cash, while watching the market continue to rise.

Of course, it is possible that Tom’s regret got the best of him at some point in the last year. Maybe he got tired of feeling like he was “missing out” every day, got impatient, and decided to just invest his capital after all. Of course, this probably isn’t likely, as it would have been difficult for him to invest in the S&P at 2,500, or 2,600, or 2,700, when he felt like the market was overvalued back when it was at 2,100.

If he has finally invested his cash into stocks, I can only hope he doesn’t fall into this familiar behavioral trap:

Having felt like he was “missing out” on the stock market rise, Tom invested his capital in the late stages of 2017. Then, early in 2018, perhaps there is a significant market correction, causing Tom a double-dose of regret. First, he regrets that he didn’t get in until too late, and then that when he finally did get in, the correction finally came and he took losses in his portfolio. He feels betrayed and angry, and he concludes that the markets are “rigged” against him. He throws up his hands, sells everything, and never invests in stocks again, missing out on the long-term growth potential of the equity market.

On the other hand, maybe Tom didn’t invest his cash, and is still sitting on a large pile. He may be thinking – and maybe you are too – that the long overdue, richly deserved crash in the equity market just hasn’t happened yet, and that the fools who continue to own equities will surely reap the whirlwind … any minute now. And maybe so.

Maybe Tom will be “right” in the end, and a correction will happen in the near future. However, keep in mind that the S&P 500 would have to fall from current levels by about 22 percent just to provide Tom an opportunity to purchase his portfolio of stocks at the level he should have in the first place (2,100), not including the dividends he also missed out on. If such a correction were to occur, I wonder if Tom would have the emotional fortitude to step in and buy stocks, in the midst of a 22 percent market pummeling. Or, if such a scary bear market were to occur, would he let his fear get the best of him, and decide to “wait until things seem more stable” and prices were much higher again.

Tom might get lucky, and Mr. Market may provide him another chance to buy stocks cheaper than he could have in the fall of 2016. He might also have the good fortune to have the fortitude to take advantage of that opportunity. But the odds are very much stacked against that happening. It’s not impossible, it’s just very unlikely.

Of course, I have no idea what will happen to Tom’s investments. What I do know, after 25 years of advising families on their wealth planning, is that everyone I’ve ever known who “waited for a pullback,” or worse yet, liquidated what should have been a lifetime equity portfolio in response to disasters real and imagined, lived to regret having done so – and quite bitterly at that – for the rest of their lives.

How Can It Keep Going?

Many investors today are quite fearful of owning stocks because they have been told by the financial media that we are now in the longest bull market in history, and that a crash is inevitable and imminent. We are told to believe that stocks must go down, for no other reason than they have been going up by so much for so long.

This message betrays a fundamental misunderstanding of what makes stock prices rise over time. Stock prices rise and fall in response to the direction of corporate earnings, not based on some cosmic formula for how many years in a row stocks are allowed to rise. The stock market in 2018 cares not one single bit about what the stock market did in 2017, or in any other year for that matter.

Equities represent partial ownership interests in real companies. They are not poker chips, but instead represent an intrinsically valuable share of the earnings flow of their underlying companies. When earnings go up, stock prices go up.

Over time, certain trends are reliable and inevitable. The human population will continue to grow, inflation will occur, workers will become more productive, and human beings will continue to innovate. These things happen reliably, and, over the long run, cause corporate earnings to rise relentlessly. Stock prices will follow. And don’t look now, but despite who is in the White House, despite the crazy geopolitical situation, and despite the nine-year bull market in stocks … earnings are rising fairly nicely in the economy today.